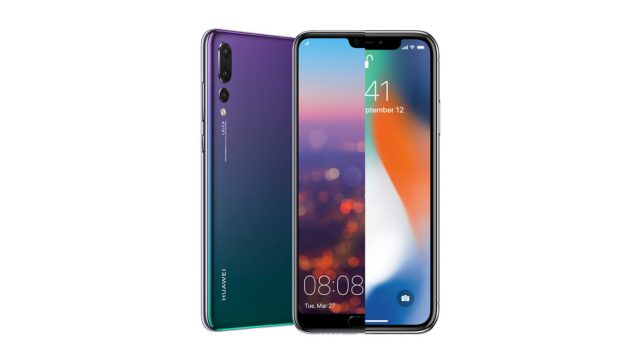 Huawei had the chance to do something big and release the greatest smartphones in its history since the Chinese technology company was the one who implemented many premiers in the smartphone’s world. However, the new Huawei P20, which was supposed to revive the brand, is nothing else than a hybrid between iPhone X and Samsung.

OK, many other smartphones brands adopted similar home buttons to those implemented by Samsung since the first Galaxy S but they were different, to some extent.

Huawei P20 boasts a home button too similar in size and shape to those home buttons on Samsung Galaxy S6, S7, J5, and so on.

On the other hand, the display and the thin rounded edges on Huawei P20 are pretty much the same with those on iPhone X. Also, the notch is the same just a little bit thinner.

By the way, in May 2017, Essential Phone was the first phone ever to come with something similar to a notch. Even more, the display-to-body ratio was even higher on that smartphone than on the newer ones.

Unfortunately, Essential Phone is quite unknown now, selling only 50,000 units, even though it has some stunning specs implemented before some of the big players in the industry, including a dual-camera system with 4K video recording.

Despite the fact that Huawei P20 series is a hybrid of iPhone X and Samsung, in terms of notch and display style (taken from iPhone X) and home button (very similar to that on Samsung phones), its triple-camera system is not quite the most powerful one in the industry’s history.

On the other hand, Huawei officials boasted on March 27th that their newly created AI implemented in the camera’s software is absolutely perfect.

No, Huawei, once more, you’re not the first because Google Pixel 2 implemented it first and it’s quite similar.

Definitely, the Huawei P20 takes better images and this is its greatest advantage in front of its competitors, along with its more powerful battery, and fast charging.

In conclusion, Huawei P20 looks like a hybrid between iPhone X and Samsung in terms of display notch, design, and home button, but takes better pics, boasts a more powerful battery, and is charging faster. Too less to be a good release, don’t you think?