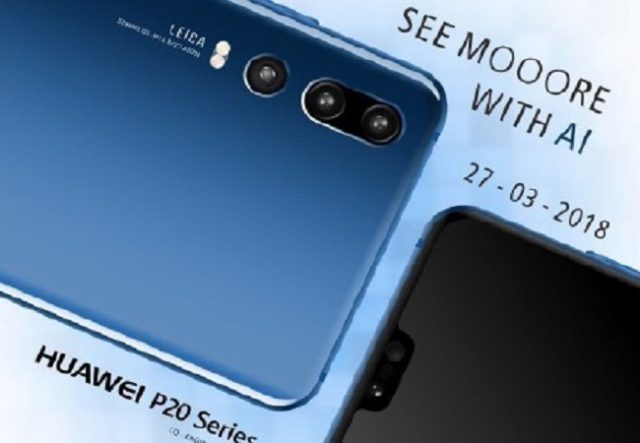 According to the Huawei P20 new leaked pics which have just emerged online, the future flagship smartphone of Huawei will come with 3 cameras on the back which will be aid by an AI feature.

The newly leaked pics have been made available on the Chinese Weibo social network and come right after Roland Quandt presented the prices for the future Huawei P20.

How much will the Huawei P20 models cost?

Just a couple of days ago, Roland Quandt has presented the prices for the complete Huawei P20 line up:

The prices show that the Chinese technology company, Huawei, has adopted the same trend as other smartphones producers. Thus, Huawei will release versions of the same phone model with big differences between them – the regular releases will have fewer features than the ‘Pro’ versions.

The Huawei P20 will get only two main cameras.

Even though the dual-cameras on Huawei P20 are expected to provide good performance in combination with the Kirin 970 processor and improved Leica optics, they will seem low-profile in comparison with the ones on Huawei P20 Pro.

The Huawei P20 Pro will come out with 3 main cameras aid by an AI feature.

Even though the specs of the 3 cameras line up is not yet available, there is something important revealed by the recently leaked pics.

Even more, according to some inside rumors, the upcoming Huawei P20 Pro’ 3 cameras line up will sum up 40 megapixels and will provide an optical zoom of up to 5x.

Huawei has scheduled to officially announce its Huawei P20 models on March 27th during a press conference in Paris. The Huawei conference’s tagline, “See Mooore with AI”, appears on the Huawei P20 new leaked pics, too.