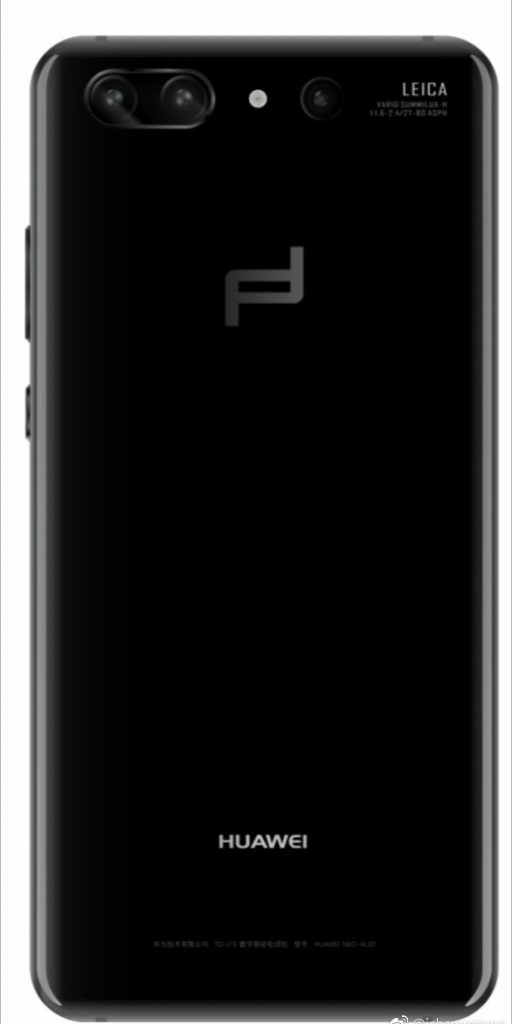 These past couple of weeks have been quite eventful for Huawei fans. Not only did the specs and prices for Huawei P20, P20 Lite and P20 Pro get leaked, but we also got to see their amazing design. To everyone’s surprise, Huawei decided to lean towards the iPhone X design style which makes the P20 family stand out.

Huawei’s decision to go with a design that’s similar to iPhone X is actually a great thing because that all-screen with top notch design is what made Apple’s latest flagship smartphone so popular. Nonetheless, it seems like Huawei wants to take things up a notch by creating a special P20 Porsche model.

As previously mentioned, Huawei is putting most of its focus on the design department. The folks who are in charge of designing the P20 family have done a great job, but things get even better than this because a special Porsche model will also be launched in the upcoming future and a leaked backside render shows us what to expect.

Even though this leak only shows us the rear side of Huawei P20, we can already tell that it will look and feel amazing because of the shiny color.

Another important thing that we can take from this latest leak is that Huawei P20 Porsche Edition will feature a three camera setup on the rear side, just like the other three Huawei P20 models.

From the looks of it, Huawei P20 Porsche Edition will be an amazing smartphone that’s going to take high quality pictures.