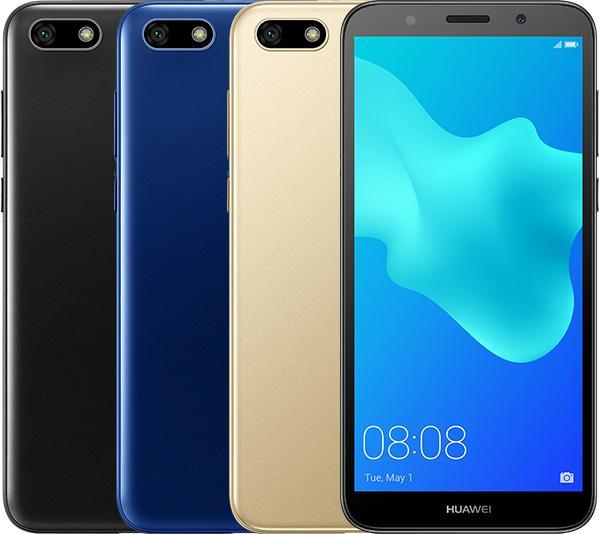 Without too much fuss or a special conference, the Huawei has unveiled the new Huawei Y5 Prime 2018. The phone appeared on the Huawei’s website and looks surprisingly capable, given the fact that is addressed for teenagers.

First of all, we are talking about a compact phone with a thickness of just 8.3 millimeters and a total weight of 142 grams. The front is covered by a generous 5.45-inch display with a native HD+ resolution. The aspect ratio is 18:9, following the trend of the modern-day smartphones.

The performance of the gadget will be provided by a processor that has not been detailed yet but, according to some rumors, it will be a Quad Core at 1.5GHz.

Most likely, it would be a Snapdragon 450 but we could also see an entry-level Huawei Kirin chipset.

The hardware configuration will be complemented by 2GB of RAM and a 16GB internal memory. Predictably, the internal memory can be expanded through a microSD card.

The good part is that if you choose to use two SIMs simultaneously in the Huawei Y5 Prime you will still have a microSD slot due to the extended SIM tray.

The new Huawei Y5 Prime 2018 will run Android 8.1 Oreo and will come with face recognition

For decent quality photos, you’ll have a 13-megapixel main sensor and a front camera which will have 5 megapixels.

Huawei Y5 Prime 2018 is preinstalled with Android 8.1 and the proprietary EMUI interface.

The battery has 3,020 mAh and thanks to Power Saving 6.0 technology, the manufacturers promise 62 hours of continuous music playback or 13 hours of video streaming.

So far, the price of the new Huawei Y5 Prime 2018 has not been disclosed.