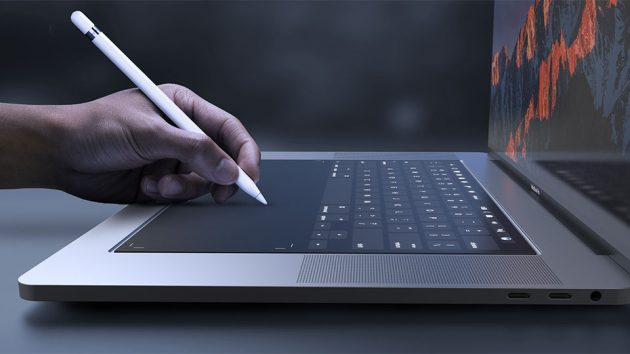 According to some sources, Apple is developing hybrid MacBook laptops with touchscreens, ARM processor, and 4G LTE connection.

Apple would have succumbed to the charms of producing a hybrid MacBook laptop, according to the site 9to5Mac.

The giant Cupertino-based company would have a new type of MacBook cardboards equipped with a touchscreen, a cellular connection 4G LTE, a GPS chip, and a processor of the ARM type instead of the Intel chips which equipped the Mac laptops since 2006.

However, speaking of the cellular connection, by 2020, the 4G connectivity technology will be outdated since, as we speak, the very first 5G facilities in Europe and in some areas in the United States are being developed.

Test models of hybrid MacBook laptops have already been assembled, according to 9to5Mac’s sources

The information obtained by the before-mentioned site from some sources who preferred to remain anonymous indicated that the hybrid MacBook prototypes have already been assembled in China by the same manufacturer that produces Apple’s iOS-powered devices such as iPad tablets, iPhone, and iPod players, for testing purposes.

The most important element presented by the sources cited by 9to5Mac is the replacement of Intel chips with Apple-designed ARM models, which confirms to some extent some older rumors which stated the same.

If so, the future hybrid MacBook would be the first one powered by ARM chipset that will boot with the extensible firmware interface (EFI) common to all Macs.

In addition, this type of ARM laptop would fit between iOS and macOS devices in a kind of hybrid platform, despite the fact that Apple CEO, Tim Cook, has already said he doesn’t like the idea of merging two operating systems or smartphone and computer technologies into one big hybrid MacBook.

However, it seems that this will be the tendency for all the future laptops.