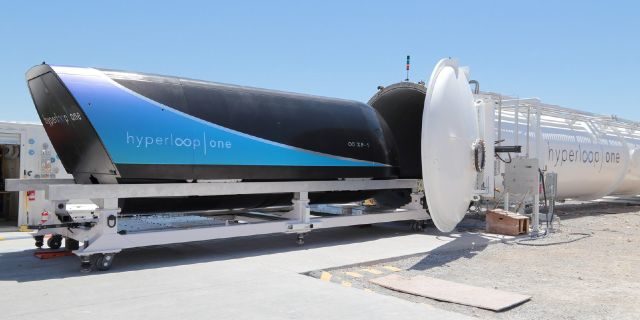 After the test from July 29, Hyperloop One managed to set a new speed record with its XP1 innovative transportation, 192 MPH. The test was performed in the company’s 500 meters long test track.

With the help of the maglev technology, the XP1 reduces friction to a minimum level. The tube it travels in operates in a partial vacuum in which the air is scarce as it is in the atmosphere 200,000 feet above the earth’s surface.

While moving through the tube, the XP1 generates “the sound of the future,” according to Shervin Pishevar, CEO at Hyperion One – a kind of a whistling sound.

The first test was performed back in May, and the pod reached a top speed of 70 MPH, but this was only a catalyst to get to the next level.

The XP1 pod is 28 feet long, and it’s made out of carbon fiber and aluminum. Its design is similar to an aerodynamically optimized bus from the future.

From Seoul in Busan in 20 minutes!

Hyperloop transportation technologies is currently working on its test facility in Korea, and there it plans to build a system that will connect Seoul with Busan. The target is set at 650 MPH and, at such speed, it would take 20 minutes to finish the trip. Now it takes a few hours.

Elon Musk is the father of Hyperloop

Everything started when Elon Musk was sick and tired of the urban transportation in LA, and he thought that it could get much better. The improvements would come from vacuum tubes similar to the ones at the drive up windows from the banks.

According to Musk, underground tunnels will smash the urban traffic congestion for good. The Boring Company is the enterprise that will take care of this and this week it issued a statement saying that it plans to accelerate the development of this technology. The enterprise encourages all companies that wish to build Hyperloops, and it will support all truthful companies.

But we have to wait a little longer before the laws of physics and economics can be bent enough to make the Hyperloop a reality.