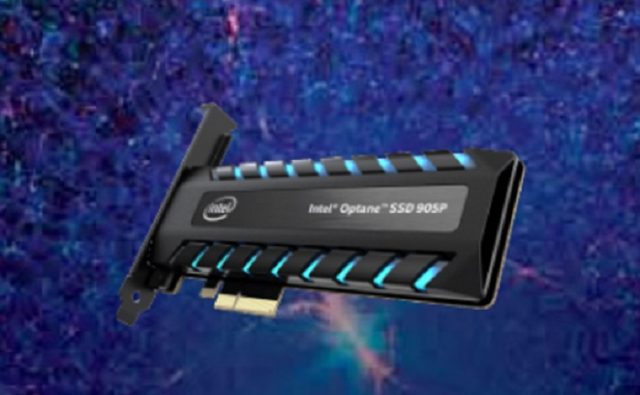 Intel Optane 905P is a new model that Intel has added to its SSD portfolio, the solid state drives that are becoming the standard for storage.

Optane 905P enhances the 900P series, the first Optane client version, the solution based on 3D X Point memory technology, developed from scratch by Intel and Micron, combining the performance, density, power, non-volatility, and cost advantages of all available memory technologies on the market.

SSDs are revolutionary and performing storage devices that will replace old hard drives in time.

They are built exclusively from NAND flash chips (like a kind of USB sticks), have no moving parts and that’s why they are shock-resistant and very fast.

SSD technology is far superior to that of a conventional hard drive because SSD drives have a very low access time, giving them an extremely low latency when reading and writing files.

It will be offered in HHHL (CEM3.0) Form Factor format (punched card on board), connecting to a PCIe NVMe 3.0 x4 interface for data transfer performance that must exceed 2,500/2,000 Mbytes per second of the original model in sequential read/write.

The drive supports RAID formats, Windows or Linux operating systems, and can be used as a boot drive thanks to the latest NVMe interface.

It will come in two variants, one with about 500 Gb, while the other will offer 1 Tb.

Intel Optane 905P has been listed by retailers such as Newegg and should be available on the international market in the forthcoming weeks.

Intended for professional workstations and high-end PCs and laptops, Optane 905P is a good indication of the level that solid-state drives (SSD drives) are reaching as a replacement for the old hard disk drives technology.