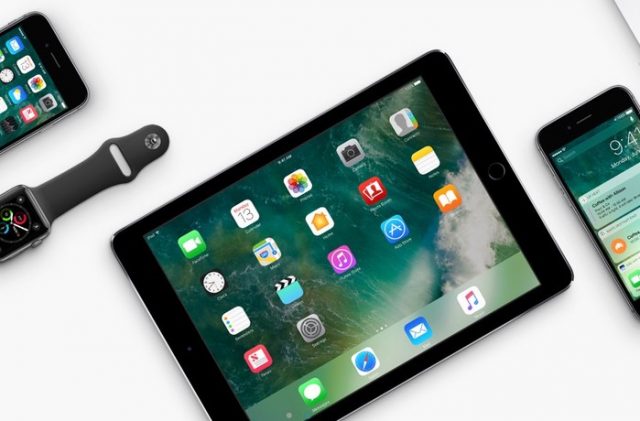 Apple has issued an all new iOS 10.2.1 update which comes almost a month after the big 10.2 update was released and it includes some bug fixes and improvements in terms of security when it comes to devices such as the iPhone and iPad. This update is a follow-up to the previous 10.2 which came along with issues that needed immediate fixing.

Prior to getting updated, Apple devices had a 10.2.1 beta version to enjoy and it was issued on December the 14th followed by a second release six days later. The last beta version which paved the road for the actual update was released on January the 12th.

This update fixed a lot of issues which came with the release of iOS 10.2 and also included various additions such as new wallpapers for the latest iPhone devices, a new TV app as well as Message effects and tweaks when it comes to the Camera app.  Other additions include a new widget for Videos app and 100 new emojis which are based on Unicode 9.0.

The most important fix which came with this update was fixing the persistent 30% bug which basically meant that devices which were at this percentage of battery life immediately dropped to 1%. This fix is yet to be confirmed in a changelog but we strongly believe that it was addressed accordingly.

Apple’s security page clearly states that the iOS 10.2.1 update dealt with kernel improvements and bugs which caused the Auto Unlock feature to unlock Apple Watch devices when they are not on anybody’s wrist. A lot of issues were also fixed such as contact cards which were frequently crashing the Contacts app on the same devices.

We are currently expecting a large update package to hit Apple devices next month and we strongly believe it will be iOS 10.3. A highly anticipated Theatre Mode is to hit Apple devices and will be a version of the Dark Mode which tweaks and optimizes video viewing experience as well as muting notifications.