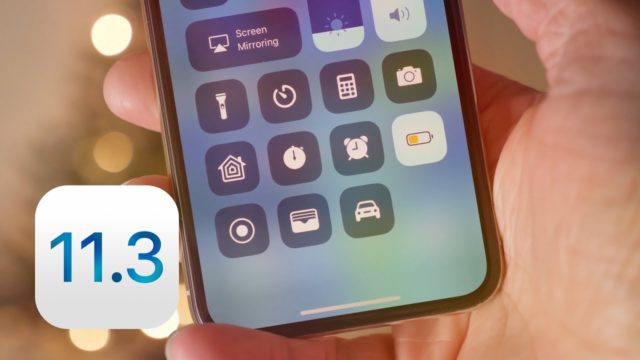 iOS 11.3 is being compared to iOS 11.2.6 on iPhone devices to shows us what kind of performance the new update gives to Apple customers.

iOS 11.3 has recently been launched by Apple for iPhone, iPad and iPod Touch devices, this latest update being tested next to iOS 11.2.6. We are talking here about a performace benchmark where iOS 11.3 is being tested against iOS 11.2.6 on iPhone 5S, iPhone 6, iPhone 6S, iPhone 7 and finally iPhone 8 regarding the performance that is being offered to users of such devices.

iOS 11.3 has offered over almost the whole beta testing period performances at least as good as with iOS 11.2.6, and in the final version of the operating system things have stayed pretty much the same. iOS 11.3 will function at least as well as iOS 11.2.6 on iPhone smartphones, thus proving Apple manages to keep up the expectations for its products.

iOS 11.3 does not have the best performance out of all the iOS versions that were ever released by Apple, but at least it was not reduced by comparison with iOS 11.2.6.

Apple is maintaining its objective of offering iPhone customers the best performance, even with iOS 11.3, so everyone should be thankful of what they’re getting.

iOS 11.3 is worth being installed on your iPhone and/or iPad, if you were worried for performance, so you should not be thinking twice before you start its installation.

iOS can be installed on iPhone and iPad devices right now by going over to Settings → General → Software Update. It is worth noting that downgrading to iOS 11.2.6 is still possible, if you wish to do that for some reason.

Which version has worked better for you? Which one do you like more? Tell us in the comment section down below! And as always, stay tuned for more news, reviews, and information!