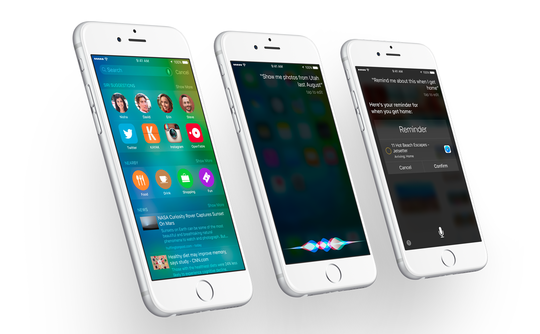 If you own an iPhone 4S for some time, one thing is sure, you have noticed how your phone turns more into an iBrick with each iOS upgrade. Now it looks like iOS 9.2.1 is an exception and it brings good news to iPhone 4s users.

There have only been a few days since the launch of iOS 9.2.1 and although the update was not released with fanfare, apparently it comes with more benefits than those specified in the description. In theory, the new firmware should just fix some bugs in the operating system, without introducing anything new in the iOS.

Many iPhone 4S users, which only had to suffer from the upgrades to iOS in recent years, felt that the transition to iOS 9.2.1 has relived some of the frustrations that have gathered during the past upgrades. iAppleBytes has even made video in which they put to the test the new iOS.

Thus, as you can see, iPhone 4S is a bit faster after installing iOS 9.2.1. Compared with an iPhone 4S running iOS 8.4.1, it is clear that the performance handicap is not the same as for iOS 9. Although the actual starting of the device is a little larger than the old iOS, when it comes to really useful things, such as launching applications and their fluidity in usesage experience seems to be the same, even a little faster on the iOS 9.2.1 device in certain circumstances.

Of course, we can not compare with its performances with the smartphones launched by the company in recent years, but given the number of devices launched in the meantime, we can classify the old phone’s performance under these conditions as outstanding. With a little luck, it will be just as good with the new iOS 9.3.

Given that a large group of iPhone 4S owners have sued Apple for a significant decrease in performance after installing iOS 9 is all the more commendable Apple’s gesture for 9.2.1.