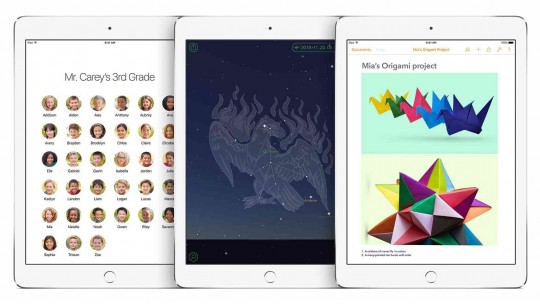 Apple released today to developers and courageous users the iOS 9.3 operating system in beta. It will be tested in the coming weeks, after which it will be transmited formally as an OTA update for compatible devices. It seems that version 9.3 of the mobile operating system from Apple is the one that brings the most changes since the launch in September of the 9.0 version.

One of the most important additions to the iOS operating system is the new “Night Shift”, a setting that can provide comfort in using the devices at night. When this function is activated, the phone is guided by GPS and region settings to reduce the blue light of the display, featuring images of warm shades. In the morning, the phone or tablet display backlighting regains the blue shades for better defined images. Both Google and Amazon have implemented these features in their reading applications on their devices, but Apple decided to implement Night Shift on the operating system level.

The next novelty is securing the Notes application, using either a password or Touch ID sensor. Since many iOS users retain important information such as passwords for different services in the notes application, Apple decided to secure it. Health app now offers suggestions for downloading software from the AppStore to help correct monitoring of various aspects of the user’s health and now it has integration with Apple Watch, providing statistics recorded by the smartwatch in a dedicated table.

And Speaking of Apple Watch, each iOS device can connect to multiple smartwatches simultaneously. It is not clear why you need more than one wristwatch, but Apple does not judge the user’s choice. The CarPlay software module dedicated to integrating your iDevice with car consoles received some new features such as the New and For You tabs coming with recommendations on Apple Music service and the new “Nearby” tab, which provides a list of gas stations, car parks, restaurants and other points of interest nearby.

At this point is not clear when we will receive the final version of iOS 9.3, but if the last year’s program is followed, in March we could get a conference to announce a new version of Apple Watch, time that could be favorable to launch the new software update.