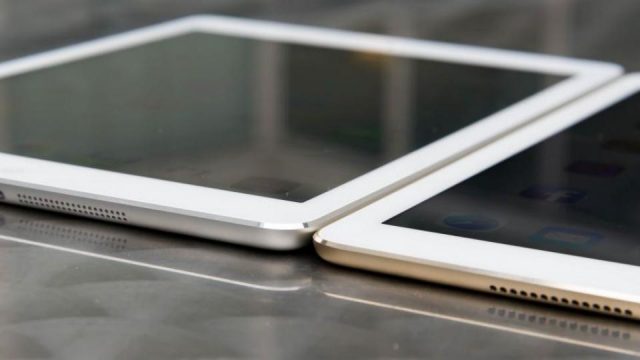 Apple has recently replaced the iPad Air 2 lineup with a brand new tablet. The new device has been simply named as iPad because it’s intended for everyone and it doesn’t cater to only high-ranged budgets. We should also mention that the new tablet is quite affordable being priced at only $329. The only question that remains is should iPad Air 2 owners upgrade their device? In order to answer that question, we will compare the two gadgets right now.

As we will see, these two tablets are virtually equals it comes to display. Both gadgets can be acquired in the 9.7 inch size variants. In addition, iPad 2017 uses the same LED-backlit IPS LCD technology which offers a pixel resolution of 1536 x 2048 as iPad Air 2. We should also mention that both tablets feature scratch-resistant glass and oleophobic coating.

The display department is definitely not going to persuade iPad Air 2 owners to upgrade their device, but the hardware department is an entirely different story. iPad Air 2 is powered by a triple-core Apple A8X processor. The CPU has been clocked at 1.5GHz Typhoon and it is paired with an octa-core PowerVR GXA6850 graphics processing unit and 2GB of RAM.

On the other hand we have the newer iPad 2017 which uses the dual-core Apple A9 CPU> this processor is certainly more impressive clocking in at 1.84GHz Twister. Additionally, iPad 2017’s processor has been coupled with a six-core PowerVR GT7600 graphics processing unit and 2GB of RAM. The difference in hardware power might not be something extraordinary but it’s definitely there.

As everyone can already tell, the two gadgets are not so different. Therefore we advise iPad Air 2 owners to stick with their devices and only upgrade when the highly anticipated iPad Pro 2 lineup comes out.