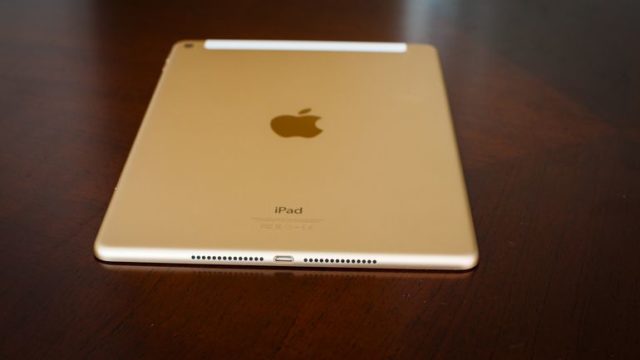 Recently, people got the chance to see the iPad Air lineup that is prepared for this year. Even though it is not called iPad Air anymore, but iPad, we all know it’s the same popular series of products. The new iPad will show the A9 chipset made by Apple, which sadly isn’t the latest version. From what it seems, the product will cost £379, or at least the base model.

The new device will be integrated with the iPad Mini device and the iPad Pro one. This means it is in fact a mid-range solution for people who do not want to go for the premium option that comes with the iPad Pro.

Even so, we should receive a new iPad Pro 2 this summer. According to various reports, it will be released sometime in June and it will present a 10.5 inches display. However, the bodyshell will have a size which is similar to the one found on the current 9.7 inches version of the iPad Pro. This means that the bezels are smaller, so that they could fit a bigger screen.

Recently, Benjamin Geskin, who is a digital artist, released to the public some renderings of the device to come. Naturally, the front part is all covered by the display, but the tablet still includes a Touch ID Home button on the front. It is rather squeezed in below the screen, but hey, at least it’s there. Moreover, on the top left we can see a camera sensor that has an LED flash included. What’s more interesting is the fact that the company included three microphones in the device.

According to Geskin, the design is the 100% confirmed official one and it is already included in the mass production process.