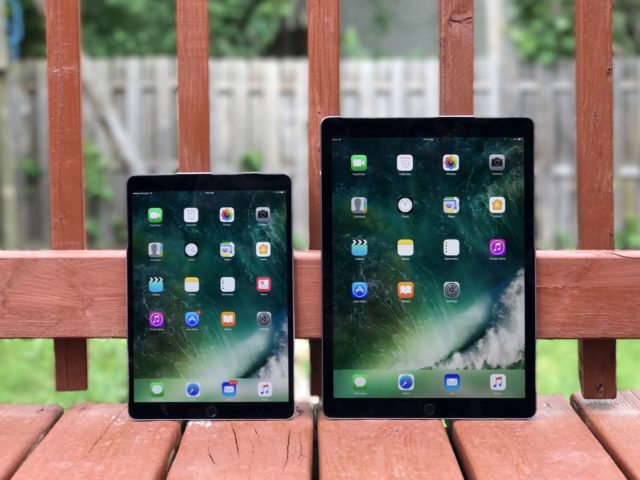 Technology world is a demanding field. When you’re about to take important decisions regarding which iPad you should buy, for example, nothing is more effective than getting informed about all the different shapes, sizes, features and, of course, prices of the existing products on the market. This way one will never regret the choice he or she has made.

The best way to make the right choice is to be objective and to read about the features of the available iPads because they are not only plenty of them but also very different.

Four are the models Apple has released so far, namely “iPad”, “iPad mini 4”, “iPad Pro”- 12.9 inch and “iPad Pro”- 10.5 inch. The last two iPad models are from the same family and the rest of them have different features.

Before breaking down the specs of each iPad, it is important to identify the similarities between the four of them.

Thanks to the bright display and its high quality, one can easily enjoy accessing and using hundredths of different apps which run and are made for the iPad’s famous big screen. It doesn’t matter which one, except for Windows and Android, they all have this function.

So far, all of them are based on IOS 10 but in just a few weeks Apple announced the release of IOS 11 which is said to be even better than everything they have done until now. The developers claimed that they have redesigned many features including notifications, music player and they have even worked on things like maps, messaging and app icons. Quite exciting, right?

Besides all these, each and every iPad can come with an extra function in case you aren’t satisfied with the WiFi signal, namely the 4G LTE feature.

In other words, thanks to 4G LTE you can go online even without WiFi, but the only down sight would be the fact that you have to pay an extra amount of money for it, to be more specific we’re talking about an additional payment of 139$ and other expenses regarding data plans.

The simple iPad is probably the best choice for users who need their tablet for basic stuff. For example, students who need to read and write papers, kids and parents, so on and so forth.

Even though one might get suspicious regarding the small amount of money that must be paid for the tablet (only 329$ and it is the cheapest from all iPads!) its features are actually surprisingly satisfying. To be more specific, the simple basic iPad will run with an A9 processor, it has a very good battery which can last up to 12 hours and more and you can choose to buy one with a capacity of 32GB or 128GB.

This model is designed especially for people who have to get things done fast and in an effective way. It can be used very easily and due to its small size you can just put in the purse after you’re done using it. Its 7.9 inch screen and 8 MP and 12 MP cameras compete with the other versions of iPads.

This model is specially designed for people whose work is based on artistic and precise touches. Artists’ best choice, iPad Pro 12.9 inch can be connected to a keyboard as well; by doing so you’re replacing your laptop or computer, and you have a fine precise tablet to go.

iPad Pro 10.5 inch is designed for business success. It has almost the same features as the aforementioned device, but a plus would be the extended battery life and probably a point extra for portability due to its smaller size.

So, what would be your choice?