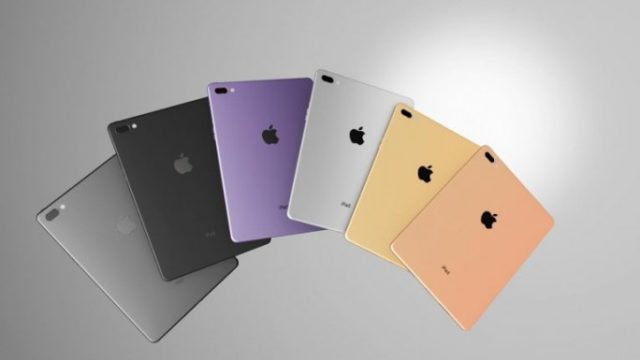 We now have recent rumors about the upcoming iPad Pro, the 10.5 inches version that should be released this year. The renders of the future device have been made public by Benjamin Geskin and they are apparently sourced in China. We have indeed got the chance to see other early versions of the mock-ups, but they did not include a home button. However, the blanks several manufacturers received did indeed omit that.

According to the most recent information, the device will enjoy some really slim bezels. It will include a 7 mm one on the side and 19 mm ones on the top and bottom. There are three microphones present on the render, one placed on the upper-center region of the case, while the rest are placed on the top. Moreover, people are expecting the device to contain a quad-speaker audio.

Up until now, we had no clue about a smart connector, but if the models that were sent to the case manufacturers did not come with home buttons, most likely they won’t include the Smart Connector either.

The tech giant might reveal the new version of the iPad Pros on the WWDC 2017 keynote they will be having on June 5. In fact, everybody hopes they will do so, but there is still a possibility they might postpone the entire thing.