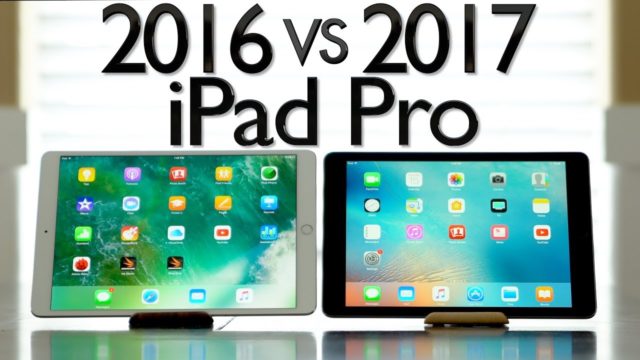 If we take a look at 2017 in review, we can safely say that it was a good year for Apple fans. The Cupertino based tech giant launched a bunch of products all throughout the year and Apple fans now have wider variety of options to choose from when deciding to purchase a new device.

Obviously, everyone knows that Apple took the smartphone market by storm when it unveiled the sleek looking iPhone X. However, the devices that got everyone’s attention are the two new iPad Pro 2017 models. Although, the new devices don’t really imply that iPad Pro 2016 owners need to upgrade their devices. Let’s see why.

The two devices we chose to compare are iPad Pro 2016 9.7-inch and iPad Pro 2017 10.5-inch. The first difference that we notice is quite obvious, the new iPad Pro is larger but there is also a bigger iPad Pro 2016 model, so we will omit the display department. With that being said, let’s check out what these two tablets have to offer in terms of power.

iPad Pro 2016 is famous for its dual-core Apple A9X processor which clocks at 2.16GHz (Twister) and it’s paired with 2GB of RAM. The processor is more than capable of handling any sorts of tasks and its known for never lagging.

On the other hand, we have iPad Pro 2017 which is powered by a more impressive A10X Fusion chipset. This processor is a piece of art and the fact that its coupled with 4GB of RAM makes it even more powerful.

However, iPad Pro 2017’s processor doesn’t bring that much to the table if we really think about it. Yes, it’s more powerful, but this doesn’t mean that iPad Pro 2016’s CPU is weak by any means. iPad Pro 2016 is still able of running the same apps and processes at impressive speeds and this is why Apple fans shouldn’t feel the need to upgrade.