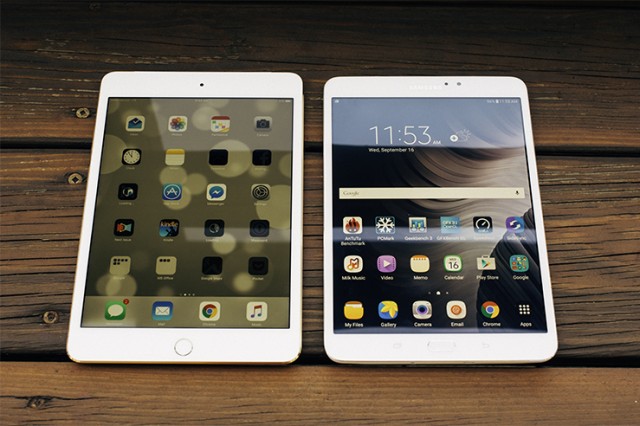 Following a comparative test conducted a few days ago, it emerged that the iPad Pro has a less performing screen than the iPad Mini 4.

Although Apple has just released a tablet for professionals, suggestively entitled iPad Pro, if you want the best screen, it seems that you should target a much cheaper tablet, the iPad Mini 4. In the tests of  DisplayMate conducted by Dr. Raymond Soneira, the iPad Mini 4 came out on top.

While the new 12.9-inch tablet from Apple can be purchased with a Smart Keyboard Dock and Apple stylus Pencil, and the picture quality on screen it is very good, it is not on the same level as a Mini 4 from several points of view. Following elaborate test conducted by Soneyra, the new iPad Pro seems to have a very high contrast ratio, regardless of the angle from which you look at it, thanks to an IPS LCD panel of very high quality. In addition, through a new integrated function into the screen, it can conserve the battery of the device in a smart way. It is worth mentioning that it is the first time that this function was introduced in an iPad. On the other side of the barricade, the iPad mini 4 is the cheapest next-generation tablet from the Cupertino giant, came out on top against the iPad Pro in some situations. For example, it has the lowest reflectance of all iPads, feature which translates into a high degree of visibility in daylight. Although the iPad Pro can display a wider range of colors, in most cases they are over saturated, especially for blues, while the iPad Mini 4 colors are more natural.

Finally, iPad Pro was classified as having a very good display, while the iPad Mini 4 came out the same test with excellent ratings. It remains only up to you whether such a test will influence your decision to purchase such a device.