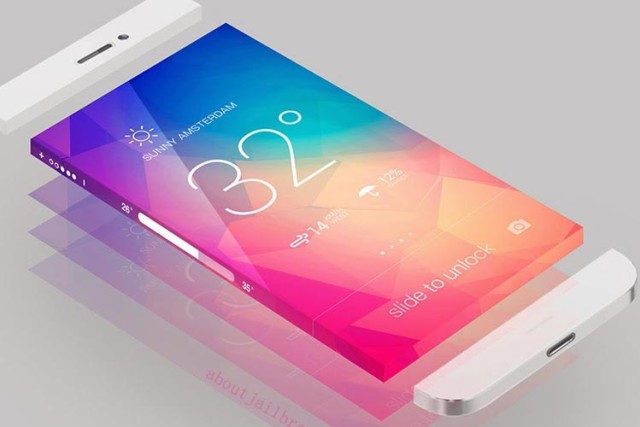 The new iPhone flagship will arrive this fall and you don’t have to be a genius to realize that it will come with a new chipset and processor, but the rest of the specs have not been confirmed yet and we’re hearing all kinds of rumors about its features. The iPhone 6S was sold well and its successor will need to more impressive in order to make the Android fans to ditch their phones and switch to iOS.

Apple is making more money with its iPhone range than with its iPad tablets, but this success depends also on the company’s suppliers, because they must meet the highest standards and to finish production on time. Everyone is excited about the iPhone 7, which means that the newly released iPhone SE didn’t have the desired impact, although it pleased mostly the iPhone 5S fans, because they were missing the 4-inch screen.

The iPhone 7 will come with the usual 4.7-inch and will benefit from a phablet version with a 5.5-inch screen, but Apple will need to think of more interesting features, in ordering to lure more buyers. And here are some of the rumored features that will surely be appreciated by the iPhone fans.

The current iPhone 6S has a 1715 mAh battery (6.9 Wh) which offers only 18 hours of talk time over 3G, with four hours more than the previous iPhone 6. Apple has always been criticized for the short battery life on its phones and tried to fix this issue by introducing the Low Power Mode in iOS 9. For the iPhone 7, Apple will either use a bigger battery which will make the device thicker, or will improve its software, so it will consume fewer resources. Also, wireless charging is a must have, because Samsung has brought this feature to its Galaxy range and the users are happy about it.

This is another rumor which caught people’s attention. If rumors will prove to be true, then Apple will remove the headphone jack and will give the users the possibility to listen to music wirelessly.

The iPhone 6S received a new pair of cameras with a higher resolution: 12MP and 5MP, and the main shooter is able to record Live Photos (3-minute videos consisting of 1.5 seconds after taking the shot and 1.5 seconds after he photo is taken). In February was rumored that the Taiwan-based Largan Technology and other camera lens makers from Japan and China have sent dual-lens camera test samples to Apple and maybe one of these companies will become Apple’s next camera supplier.

Apple is envious of Samsung’s success with the Galaxy Edge models and some of its fans are dreaming of a curved iPhone 7 with a quad HD phablet version. Sapphire glass has been used for the Apple Watch and maybe Apple will manufacture the iPhone 7 with this material, which would make it more durable.