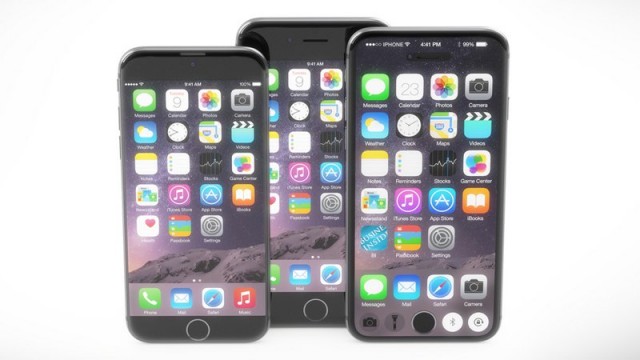 With each passing year we get a new iPhone and considering that last year we got a new version of the previous iPhone 6, the iPhone 6S, we have reasons to believe that this year’s iPhone will be something extraordinary. At this moment there is not much known about the new phone from Apple, but if we are to take into consideration the rumors roaming around the internet, we can create a pretty clear picture of how the new device will look like.

In terms of design, there haven’t been any leaked photos or designs, but the rumors about Apple leaving the 3.5mm jack behind, makes us believe that the new phone will be much thinner than any previous device. Thus, it leaves us with the need of a new headset for the new Apple device; it is rumored that they could come up with a new set of wireless ear buds, but the option of a new headset with a Lightning connector looks more plausible.

This rumor could also correlate with the one talking about the new iPhone being waterproof, leaving one less opening to cover in order to make it waterproof.

Regarding the display of the new device, there haven’t been many rumors and we can only assume that Apple will continue to use the same 4.7” screen and 5.5” for the Plus version. Considering that many of its competitors are making the transition to 4K displays, it could come as a disappointment for some users, but taking into account that this improvement is only noticeable under the microscope, it would be the same for the naked eye. As for switching to OLED screens this is expected to happen sometime in 2018, meaning that we can expect it for the iPhon 8.

When talking about processing power, there are signs that Apple could introduce a new A10 hexacore processor built on a 16nm technology with an improved clocking speed. As for RAM memory, we should not expect anything more from Apple, since the company has proven to be really shy in increasing the amount of RAM on their devices. The good news comes when talking about internal memory; this year’s device might be introducing a 265GB version, but as always it won’t come cheaply.

Besides all of the above, Apple could bring some eye-catching features to its new device that could attract customers, like a better software camera, improved 3D Touch and many others, but when it comes to truly innovating technologies we can’t be sure if we will see anything new until the new phone will be officially launched.