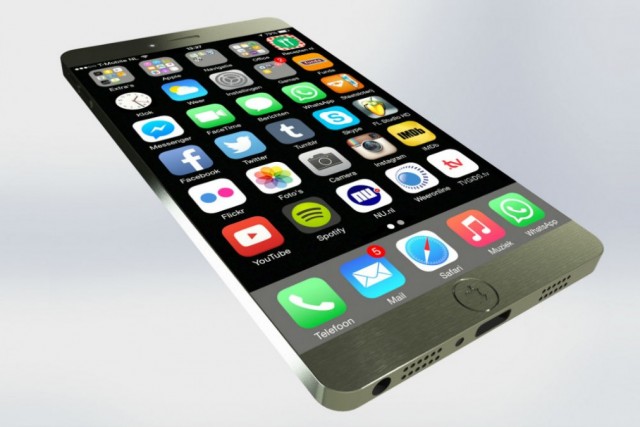 Lately Apple has lost the ability to hide the details of the new phones before the official launch and iPhone 7 is not an exception.

Starting this autumn, as always, we will have new smartphone designed by Apple. Most likely, we will talk at the time about iPhone 7 and iPhone 7 Plus. Especially because the chances to straight from the pattern adopted with the launch of the iPhone 6 are almost non-existent.

Although there are a few months left before the official launch of the new iPhone, most specifications already begin to circulate online. The most interesting of them, embodies radical change from what we’ve seen from Apple in the past and remain unknown for sure until the last moment. Ultimately, a more powerful processor and a better camera are predictable. We are curious whether the Cupertino giant officials will adopt some of the revolutionary technology designed to attract more users from the Samsung fan group.

According to a new report, recently published by Fast Company, iPhone 7 could not be considered an incremental upgrade, as it happened with the iPhone 6S. Instead, iPhone 7 could be one of the few smartphones that will not integrate a 3.5mm headphone jack. In exchange, those who do not want to adopt the Bluetooth headset, which is likely to be included in the package, can take advantage of a better audio signal quality using a headset connected to the Lightning port. In addition, the same port could do a very good job when it comes to noise cancellation while listening to music or during voice calls. Unless they include a Bluetooth headset in the box, chances are high that in this scenario that Apple will offer Lightning headphones or bring to the market such a product.

Also several sources close to the company, responsible for mass production of the new devices, confirm that iPhone 7 could be waterproof and this information is corroborated by Fast Company as well. Another attractive feature could be wireless charging, in the context in which you deal with a Lightning port for headphones; Qi standard adoption would help you charge your phone while listening to music. Also, is not ruled out the development of an own wireless charging standard.

In any case, one thing is certain. iPhone 7 will embody an enormous market success. No matter what Apple’s decisions in terms of design and functionality will be, the number of those that will try to lay their hands on it shortly after the launch will be unprecedented.