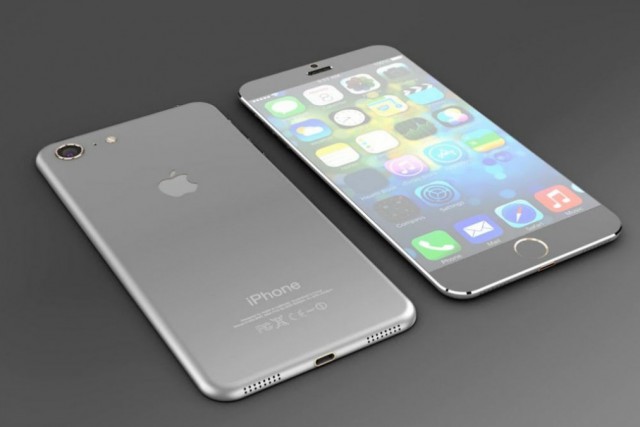 The leaks of specs and pictures are always consistent with Apple’s franchise iPhone. Right after the launch of iPhone 6 flagship of Apple the rumors about what the next addition to the iPhone family could and would feature? Will there be any major new additions? Will Apple make a switch to OLED screens on which the company is working on for quite a while? Many more questions like these came up in every Apple fan’s mind.

Well there are some strong sources to inform you about some information which has not yet been officially commented on by Apple. There are some leaked pictures going around claiming to be the first hardware snaps of the upcoming iPhone. The Taiwanese website AppleClub, are the website behind the alleged iPhone 7’s first leaked images of parts. The images are of a backlight and a screen which is rumored to be of the Apple’s next iPhone. The screen in the leaked image reveals that Apple will just not yet switch to OLED screens which are being worked on by the company and Apple is expected to switch to them but it is still unknown when they will. OLED screens are proved to be power-efficient, have more contrast and the OLED screens are already in use in Apple Watch. So it can be understood that it is about time before Apple adopts the new screen for the iPhone 7.

Other rumors include an earphone right out of a spy movie! You read it right, Apple is making its first major hardware with Beats. The companies are rumored to be working on a product which is named EarPods. EarPods are said to be completely wireless, not even the connecting wire from right to left. The new gadget will include several features like noise – cancelling microphone system, voice call enabling and Siri voice support. The EarPods will not have any built – in mic or remote. The EarPods might have a button to activate Siri voice support and answer calls. Each side will consist of a twin wireless chip and a separate battery which will be able to charge by the carrying case itself. The EarPods will cost around $ 200 to $ 300.

The details of new iPhone 7 get leaked through the much complex and elaborate supply chain as they are being made.

So, what are your thoughts about the up – coming iPhone 7? Comment below and let us know.