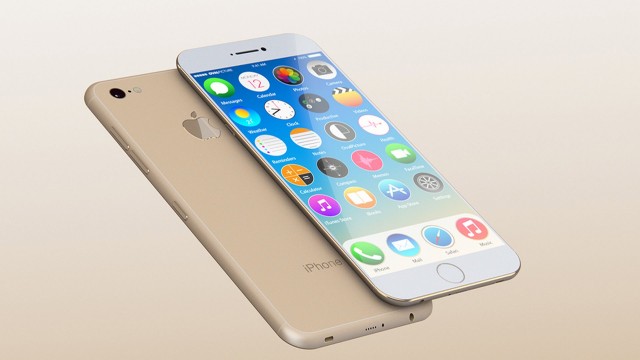 2016 will be the year Apple will launch a new iPhone based on a completely changed design, according to the launch history in recent years. iPhone 7 is eagerly anticipated in early September, but details about it are fairly well preserved, as too many have not been disclosed so far. Rumors about the integrated technology into the smartphone have already started, though perhaps we will not know what it looks like for many months to come.

The news that Apple wants to abandon the audio jack of 3.5 mm is not exactly new, is circulated since last year’s before the launch of iPhone 6S. It seems that the new iPhone 7 will adopt a new type of display with flexible properties based on OLED technology and made by Samsung. Korean company already is preparing for the new Apple smartphone to start production, investment in factories and equipment reached EUR 7.47 billion dollars. It is not clear how much the contract with Apple is worthed, but perhaps it is significantly more valuable than the investment that Samsung does for production.

Developing the displays will commence in the first quarter of 2016 and will continue into next year, probably iPhone 7S is already designed to use the same panels with OLED technology. iPhone 7 is not the first Apple device that uses a screen like this. The company previously worked with the OLED technology to achieve Apple’s Watch. Starting with the transition to a new type of display, resolution will also increase, iPhone 6 Plus “only” offers 1920 x 1080 pixels on its screen diagonal of 5.5″.

While Samsung and Apple are rivals in the smartphone market, they often collaborate on the development and assembly of devices. Apple A9 processors, which are found in the new iPhone 6S are developed by Samsung, like chipsets generations found in the older models of the company.