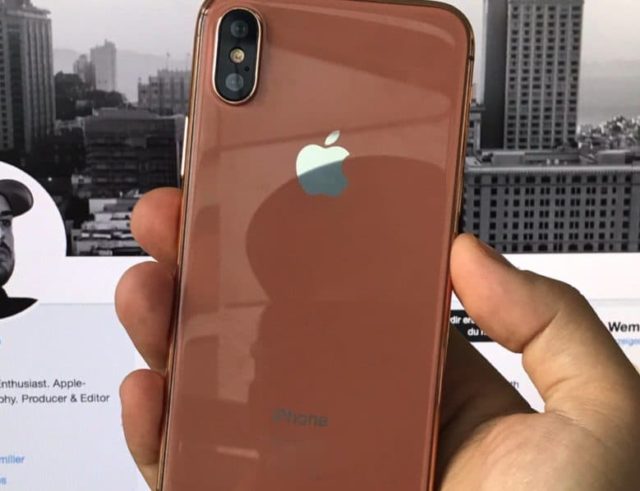 So far it is known that Apple’s iPhone 8 will be available in three versions: white, black and copper gold. Rumor has it that the name of the copper unit is Blush Gold and it will be available with 64 GB or 128 GB of memory.

The information was first published on Weibo (the Chinese version of Facebook) and Benjamin Geskin tweeted the image, showing a copper iPhone 8. The tweet contained the name of the copper version:”Blush Gold”, which is said to be used at Foxcon.

Ming-Chi, KGI Securities analyst and expert on Apple products, believes that the iPhone 8 will indeed come in black, white and copper gold.  Kuo is expecting between 2-4 million units of the smartphone at its launch.

If the rumors are confirmed, then the Blush Gold will replace Rose Gold. Next month is the lineup of iPhone 7s, iPhone 7 Plus and iPhone 8 (the tenth-anniversary model). The iPhone 8 is expected to be priced starting at 1000 $.

According to Apple’s ambitions, the new smartphone will have a radically different design from its predecessors, offering an edge-to-edge display. It will also come with Touch ID fingerprint display or according to other rumors it will have facial recognition technology. The Home button will be removed and it will come with a 5.8-inch display. The display is expected to be a flexible plastic OLED instead of an LCD. This change will help the American company to introduce thinner devices with less power consumption.

The glass body and the stainless steel frame will make the smartphone very elegant and similar to the Apple watch.

More online magazines speculated of the introduction of a wireless charging option and the frontal camera to contain 3D sensing capabilities.