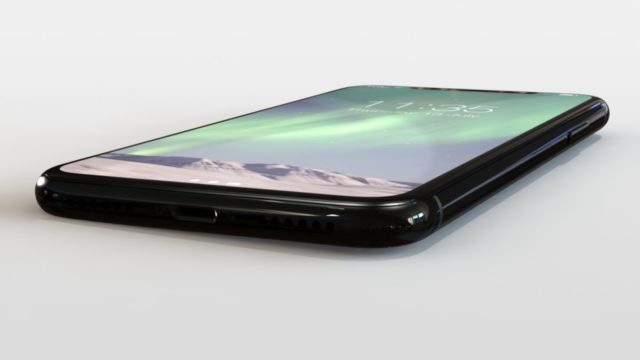 At the end of July, there was a leaked HomePod code which showed some information on the next iPhone. The info shows that the screen resolution will be high and that Apple will work on the design. According to a tweet from developer Steve Troughton-Smith, the code makes references to the next iPhone’’ display which will be 1125 x 2436 pixels.

This year, in February, a KGI analyst named Ming-Chi Kuo showed an image that explained some details about the screen of the 5.8 inch display. The display will have a virtual home button but it will also be a functional screen.

If these rumors are all true, it means that the iPhone 8 will have a better display than the iOS devices that are currently available on the market. The Retina display for their iPhone 7 was at 326 ppi with a resolution of 1334 × 750 pixels on a 4.7 inches display. If their iPhone 8 will have a 5.15-inch screen and – what it’s rumored to be – a resolution of 2436 x 1125, then the Retina display will be 521 ppi.

For example, Apple’s original iPhone had a resolution of 480 x 320 and then it took a leap to 960 x 640 pixels offering the first Retina display feature in the iPhone 4. The resolution grew with larger screens and doubled. The iPhone 8 is believed to offer 3x Retina assets.

This would mean that the iPhone 8 will be a huge step from the current iPhones just as the iPhone 4’s Retina display was considering its predecessor, the original iPhone.

Apple will compete with Samsung’ Galaxy 8 phone – which has a 2960 x 1440 -, and with Google Pixel phone – that has 1080 x 1920. These devices are built with dense pixel display in order to help the virtual reality feature they offer.

The speculations show no evidence, though and we don’t know the size of the screen or if the estimates in resolution are accurate or if anything regarding the function area of the display is true.