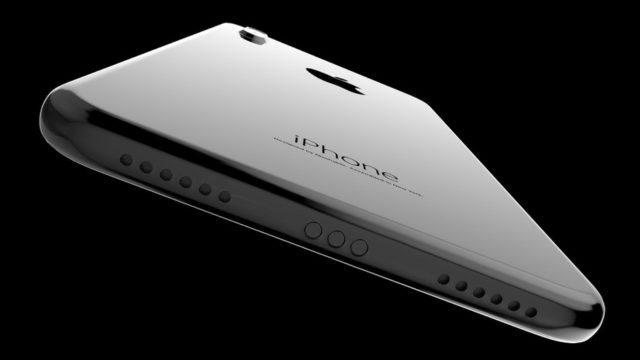 The main supplier of the OLED display for the iPhone 8 is expected to be Samsung. Some previous rumors were suggesting that Samsung will also supply the displays for the iPhone 9.

It seems that Apple is planning to release 3 OLED iPhone next year and one of them will be the rumored iPhone 9. Until now, we believed that Samsung will be the company that will supply all these OLED displays, which Apple will need in 2018 for its iPhones, but new reports are suggesting that Apple is currently working on its own OLED technology.

Apple has already purchased CVD machines from Sunic Systems and, as you’ve probably already guessed, these machines are used to develop OLED displays. This is a pretty good move by Apple as it will no longer rely on Samsung Electronics for the supply of OLED panels.

The same report is suggesting that by doing this move, the American multinational technology company headquartered in Cupertino, California will be able to manufacture different OLED panels, which might be better than the ones that are made by Samsung.

However, let’s not forget that it takes time for a company to develop its own OLED technology and it is not sure if it will be ready for the iPhone 9, which will be launched in 2018. With that being said, Apple might still rely on Samsung to product the OLED displays for the upcoming iPhones that will be released next year.

We remind you that the iPhone 8 will be the first smartphone released by Apple that features an OLED display. This iPhone 8 is expected to hit the stores in September 2017, but in a limited quantity. However, by the end of October 2017 there will be enough stock for everyone to purchase it.

Apple is also expected to come with two other smartphones, the iPhone 7S and iPhone 7S Plus, but these two handsets will come with LCD displays.