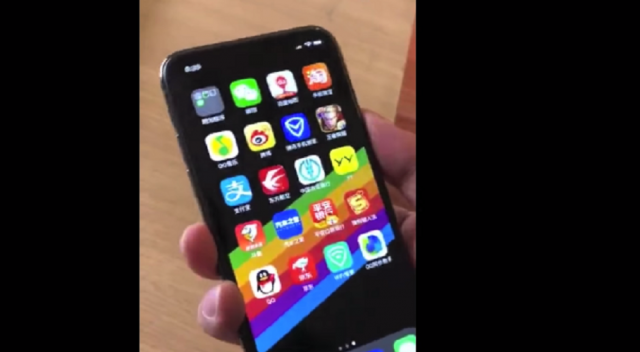 It’s only a matter of months until the new iPhone SE 2 could be launched by Apple. And the good news is that it will probably feature some options from the iPhone X, such as the signature notch, but at an affordable price!

On Mac Otakara, a Japanese website appeared a video that showed the iPhone SE 2 from Apple and looking at the phone from the video, we could admit that it’s the perfect mix of iPhone SE and iPhone X.

Until now, there have been several other designs leaked about the future iPhone SE 2 smartphone, and they all support the design presented in the video. Before the latest leaks, there was a previous one about Apple working on a new iPhone SE.

Other rumors have it that Apple is going to release this year 3 new smartphones. One is a 5.8-inch iPhone X, the second smartphone will be a 6.5-inch iPhone X Plus and an affordable iPhone with an LCD display (6.1-inch), which could be the much-rumored iPhone SE 2.

Looking at the video, you can see that the shape of the phone looks a bit squarer than the other iPhones. It almost looks like an old iPhone design. But the bezel-less display and the top-notch are here to make a statement once again: they will continue to appear in the future Apple iOS devices from now on.

As with any other rumor or leak, we should take it all with a pinch of salt. The phone in the video could have a bug or not, but it could also be an Android phone created to look like an iPhone – check the lock icon that remains on after he unlocks the phone.

There was a prediction of an iPhone SE 2 launch this March, but TrendForce, a market research company from Taiwan, believes that the iPhone will come in the first half of this year. Of course, the phone could be launched at the WWDC event in June, according to a report posted on a Chinese website.

Real or not, we’re quite curious about the new mysterious iPhone!

Apple looks set to reveal a new iPhone SE 2 soon which will bring features from the top-end iPhone X to an affordable handset.