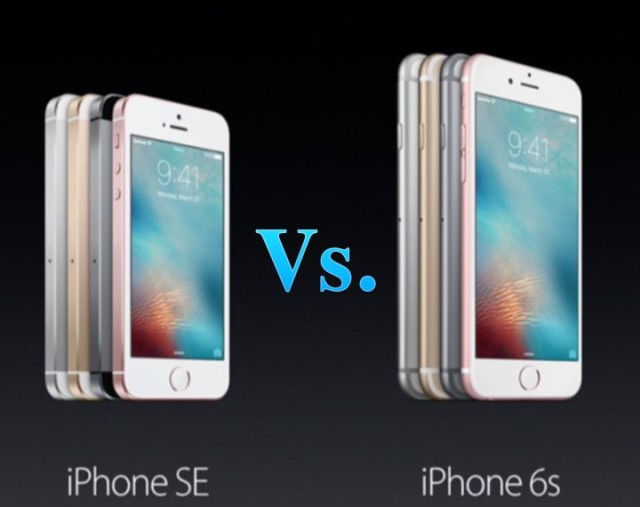 While the entire Business Model for Apple was based on the famous quote from Steve Jobs, “A lot of times, people don’t know what they want until you show it to them” for the first time Apple released a phone which the customers demanded, rather than a phone which would be profitable for the company. Here are the main differences between the newly released iPhone SE and the iPhone 6S:

If you look at the iPhone SE, you can tell that it was a decision based more on what the customers wanted and less on what they desired. That is because the design is three years old, imitating the 5S and is, of course, already tested.

But, there is a good part! If you analyze it closely, you can see that it’s even better than the 6S, released last year. While it is smaller and lighter than the 6S, it’s much easier to handle and, on top of that, it has a great camera.

This is where the iPhone 6S is, by far, superior. The display for the iPhone SE doesn’t rise to 6S’s level and you can see that Apple rushed to release it to appease the customers. While 6S sports a far better resolution, both have the same pixel density, which is great.

And while 6S was supposed to surpass the SE with its 3D Touch display, when using the SE you tend to forget that not having 3D Touch is an issue.

Everyone expected the iPhone 6S to work better than the SE, but the customers were surprised when the SE didn’t let them down. They both have Apple A9, CPU: Dual-core 1.84 GHz Twister, GPU: PowerVR GT7600 (six-core graphics) and 2GB RAM, but the difference is that iPhone SE is significantly faster, because it requires less pixels on a screen that is smaller.

All in all, we really can’t decide which one is better.