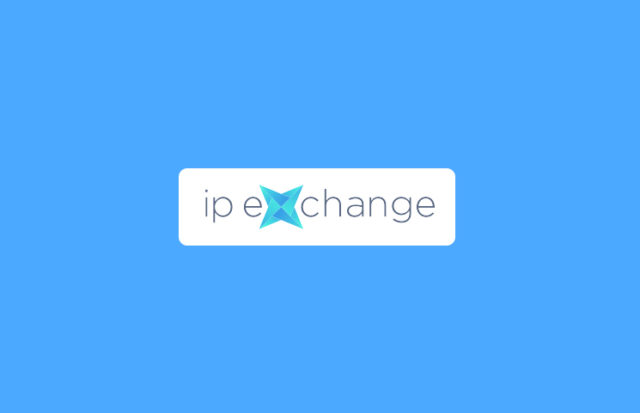 There is an unlimited need these days to share and rent IP addresses for multiple reasons, but unfortunately, there is no easy way to perform these processes. If this possibility existed, this would result in massive advantages for both individuals and businesses alike.

IPSX was created with this specific need that we have referred to above in mind. This is a smart contract based, blockchain protocols and utility token incentivized way of sharing IPs all over the world and a framework that aims the building of applications that require IPs created in a safe, open-source and transparent environment. The IPSX platform just completed the private investment phase, and it managed to raise 6,500 ETH, and the next step is to launch the public Token Generation Event phase that is set to start on 28th February 2018, and it will last until March 5th, 2018. The TGE’s hard cap is set to 10,800 ETH, and 6,500 ETH have been allocated in the private investment round. 4,300 ETH remain available for the public in the forthcoming TGE phase. More information can be found on the ISPX whitepaper.

IPSX allows the possibility for users to share their IPs and Data Center to share its full range of unused IPs with the focus on winning real-time IPSX tokens safely and efficiently. IPSX’s main goal is to develop a framework and an IP address global marketplace that would allow service providers and businesses to build custom-made applications that need massive volumes of IPs based on APIs and SDKs and which also require specific IP needs such as usage time, uptime, geolocation and more data. It’s recommended that all potential contributors join the IPSX Telegram channel.

One of the most powerful resources of the era that we are living in is data and data mining processes used by businesses involve converting raw data into robust insights on consumers and their behavior.

Currently, there are thousands of organization throughout the world that perform Data Mining on Big Data, and their primary target is Data Acquisition. This process is partly made via Web Scraping. Data Mining’s best benefits include increased revenue and reduces operational costs, and these can be achieved by discovering hidden patterns and connections in massive data sets that are set to be used in order to make predictions that have the ability to significantly impact businesses.

Data Acquisition process is almost entirely based on massive volumes of IP addresses used by the actors involved in the mining process aiming to scrape data from various sources.

One of IPSX’s clients is data science company HiQ Labs and finding out how IPSX supports the company will help you to better understand how the platform can help in Data Acquisition for Bog Data Analysis. HiQ Labs is informed by public data sources applied to human capital. The company curates and leverages public data in order to trigger employees’ positive actions. HiQ Labs’ primary target is to improve its HR services via data science and public data acquisition. It’s interesting to note that back in 2017, HiQ Labs won a process against Microsoft’s LinkedIn due to the fact that their web scrappers were banned from crawling public data.

Lots of similar platforms rely on Data Mining for image analysis, and in the industry, this is called image intelligence. This targets platforms such as Pinterest or Tumbler, for instance. The image acquisition process done via web scrapping faces the same issue as the one mentioned above. More similar examples include SEO platforms such as Search Engines Rank Trackers Tools. The demand for services such as Google ranking benchmarking gets higher every day, and there are tons of platforms offering solutions. The primary issue is that Google blocks IPs when these platforms are trying to collect public data. The solution to this issue involves renting more IPs, but another bothering problem is that the market lacks enough reliable IP providers.

So, as you can see, there’s a massive need for IPs in an environment with a poor offer. The solution is creating an IP addresses market that solves the IP address accessibility and availability issues, and this is precisely IPSX’s target. The platform aims to build an ecosystem for all the fields that require smaller or larger volumes of IPs and allow complex applications such as Data Mining to become financially efficient and more accessible.

As you probably know by now, a huge amount of websites and televisions have their country restrictions to limit audience locally due to rights concerns. All of us have been probably hit with the message stating that certain content is not available in our country or location. This happens because providers use geolocation based on the users’ IPs.

Virtual Private Networks aka VPNs are services that allow users to connect via their servers. Basically, a VPN service allows you to virtually change your physical location by replacing your own IP with another one from the VPN provider to overcome content restrictions.

VPN providers have to deal with their own problems such as the fact that there are only a limited number of IPs from GeoLocations. The demand is really high, so it’s practically impossible for some users to access different services. For instance, lots of users could use the same IP, and this results in the banning of that IP, A potential solution to this issue would be the VON provider to rent an IP for a specific amount of time.

How can IPSX help VPN providers?

IPSX could solve a few problems such as the following:

There’s a massive need for remote IP address usage and the excellent results of a project that plans to fix the issue has been already proven by the TOR project which has more than 2.5 million daily users. TOR and similar projects have to deal with their own problems such as various liabilities and the lack of revenue.

IPSX can bring significant changes on a massive scale for both Data Analysis processes and VPNs, and the platform will revolutionize the IP address market without a doubt. By getting enough support to materialize its plans, IPSX will definitely lay at the foundation of a brand new Internet era.

For more information and media contact, you are advised to use: