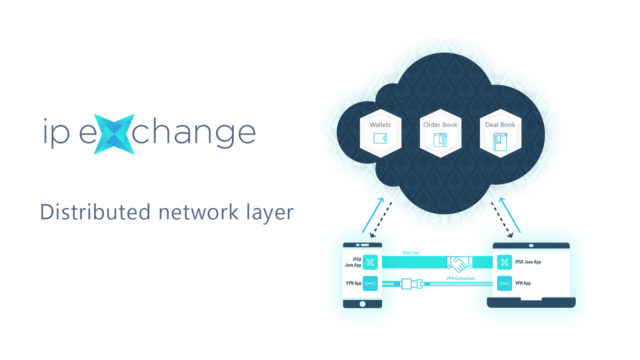 IPSX Press Release: IPSX is a smart contract based, blockchain protocols and utility token incentivized mechanism of sharing IPs among actors throughout the world and a framework targeted at building applications that require IPs created in a trustworthy, secure and transparent environment.

IPSX platform recently completed its private investment phase which resulted in the raising of 6,500 ETH. The next step is the launching of its public Token Generation Event phase.

The company is excited to announce and share the high demand that it managed to trigger during its private investment phase. Over 30,000 ETH were demanded. The Swiss-based company only accepted 6,500 ETH due to the fact that the token generation event’s hard capital is set to 10,800 ETH. There are 4,300 ETH more available for the general public after 6,500 ETH have been raised in the private investment.

The Token Generation Event (TGE) phase is scheduled to begin on 28 February 2018, and it will last until the 5th of March 2018 or until the supply of IPSX tokens gets exhausted. All amounts of token purchases are going to be served during the TGE, and the IPSX token is worth 0,0000151 ETH. More information can be found on the ISPX whitepaper.

Before the start of TGE, there are some essential elements that potential contributors need to accomplish before they are able to purchase the remaining IPSX tokens. Here they are:

It’s also essential to remember that the contribution address will get published on the IPSX website, IPSX blog, and IPSX Twitter account at least with 24 hours before the TGE is scheduled to start. More details will also be announced on the IPSX Telegram channel. We strongly advise you to be cautious and stay safe. By this we mean, avoiding to fall victims to various hackers and scams.

IPSX is a decentralized IP sharing exchange and framework with the primary target of facilitating application building on top of already existing IPs shared by data centers and community members in a reliable, transparent, safe and open-source environment. ISPX is a smart-contract based, blockchain-protocol utility token that represents an incentivizing mechanism which allows actors throughout the world to share IPs.

IPSX is the first genuinely decentralized IP sharing marketplace with the bold goal of creating a global marketplace for IPs. The platform is combined with flexible tools such as APIs and SDKs in order to support both developers and entrepreneurs in a safe and open-source environment to create new applications on top of the already existing IPs. IPSX is set to become a marketplace for new applications that require IPs as their backbone. These include services such as Data Mining software, VPN providers, micro tasks, web crawling tools and more.

IPs are currently the backbone of Data Mining, and massive volumes of IPs are required for all the actors involved in the mining process in order to be able to accomplish various tasks. IPSX’s goal is to become the leading building ecosystem for all the fields requiring both small and large volumes of IPs. IPSX’s target is to also allow complex applications from Data Mining and other areas to gain more accessibility for the public.

IPSX connects actors in a peer-to-peer network, allowing both data center owners and individual users to rent IPs to others. The platform’s core built-in feature is a dedicated Ethereum-based transaction system that enables direct payments between providers and requestors. All interested parties will be free to create and deploy software to the IPSX marketplace via the SDKs and APIs provided by the IPSX ecosystem.

The project is supported and advised by Marco Mouwen who is one of the initiators of the privately-run and publicly supported NGO Inrfachain a.s.b.l. The Infrachain organization has the full support of the Luxembourg government, and it has been widely praised worldwide after getting adopted in 2017 by eleven of the top names from the Luxembourg Blochckain scene.

For more information and media contact, we advise you to use: