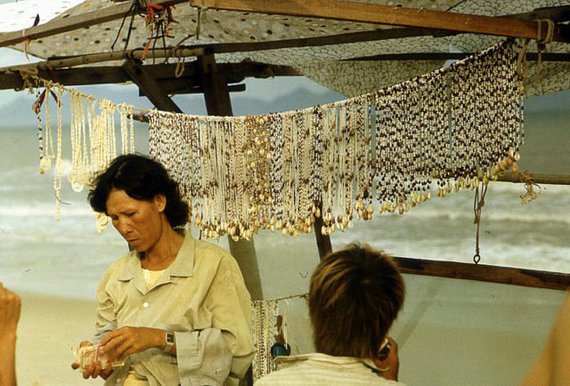 Even at the beginning of humanity, people loved personal ornaments, being popular among both men and women. Of course, they cannot compare to today’s jewelery, but these jewels reveal that ornaments have been an essential part of human evolution.

Copper jewels came late, about 7,000 years ago. Until then, the ornaments were mainly made of shells, whose length may exceed 100,000 years, reports The Vintage News.

The earliest such jewel was discovered in Israel in the 1930s and is made of shells of a mollusc family. Recently, they have been carbonized with isotopes to find that their age is between 100,000 and 135,000 years.

Experts believe that they were used in commerce and even as an exchange currency, as found in Algeria.

Some of them were stained with natural paint.

Examples of ornaments before the copper era are found all over the world. Although the first thought would be that these ornaments are lacking in diversity, archaeological finds prove the opposite. When people migrated to Europe and Asia, they also brought the jewelery jewels, as well as other types of ornaments such as teeth, corners and other animal bones. For example, on the British island, a Stone Age grave from 5,000 to 7,000 years ago reveals two women who were buried with sea shells.

This also indicates the importance of these ornaments in archaic cultures, in which case ornaments are part of the funeral ritual of the Neolithic population of that time.

Also, even in the modern era, long after the appearance of precious metals and stones, some of the world still sells shell ornaments, as shown in Vietnam in 1990.