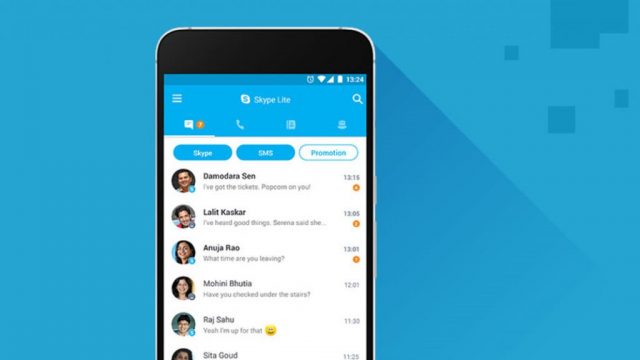 Skype is undoubtedly the best communication app in the world and its huge user base serves as proof of that. The thing that makes Skype special in comparison with other apps is the fact that the developers are constantly adding new features and software optimization tweaks which make it perform better.

Another great thing about Skype is that its developers have made sure that everyone is able to use the app’s services by creating Skype Lite. Despite its small size and low system requirements, the lite version of the app is packed with the same features as the original one. The reason why Skype Lite is in our sights today is because a brand-new update was released.

The latest update for Skype Lite changes the app’s version number to “1.43.76.30514” and it is available right now. The new update is quite large, measuring in at 20.25MB and it requires a minimum of Android 4.0.3 Ice Cream Sandwich operating system in order to function.

While most updates are focused on adding new features, Skye Lite’s developers decided to pay more attention to how the core app works and to improve it by adding software tweaks and bug fixes. Therefore, Skype Lite users who want to make sure that their app runs at full speed should make sure to get this latest update.

We should also mention that the new update proves that Skype Lite’s developers are paying close attention to what the community wants. In fact, the developers made sure to let everyone know that by including this statement in the update’s changelog:

“We have listened closely to your feedback and made updates to make our app even faster and better. Please keep the feedback coming! Thank you!”