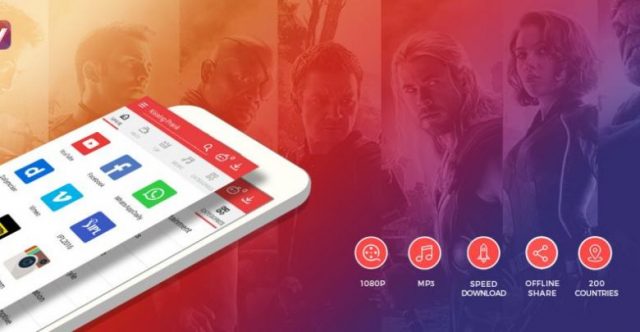 A new VidMate update is now available in form of APK and this means that eager fans can get their hands on it ahead of everyone else. APK updates are released ahead of the official OTA (over the air) rollout so that beta testers, third party app developers and eager fans can check out the new updates and see if there are any bugs or issues.

The fact that APK updates are designed for bug testing doesn’t mean that they are filled with bugs. In fact, its pretty rare for an APK to have bugs. On the other hand, installing APK updates is a manual process and interested VidMate fans are required to download the APK update themselves. Nonetheless, let’s see what this latest update contains.

As many of you might already know, VidMate is more than just a simple online video downloader. The app is renowned for its ability to also provide users with all the media tools they need in order to watch their favorite online content while offline.

With that being said, the latest VidMate update introduces a brand-new integrated video player. This video player can be used to view all types of video formats directly through VidMate’s UI (User Interface) meaning that VidMate users will not need to rely on third party apps anymore.

Play the Next Song Feature

Another cool feature that is being added to VidMate through this new update is called “Play the Next Song”. As the feature’s name implies, VidMate users will be able to listen to entire audio playlists without having to press the “Next” button a single time.

The update changes the app’s version number to v3.45 and it weighs in at 8.28MB. Therefore, VidMate fans don’t need a high-end smartphone that ships with 32GB of storage space in order to install this latest update.