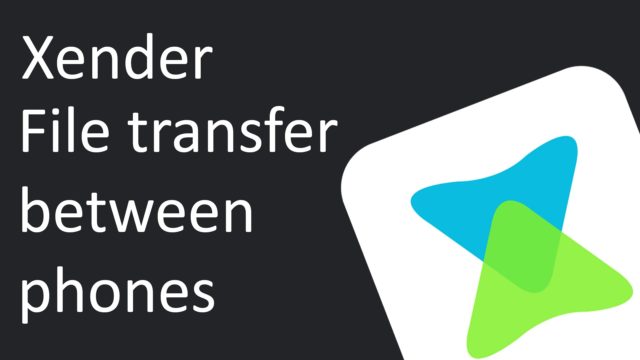 Xender is a premium app that excels when it comes to transferring files. The app is known for offering incredible fast transfer speeds that are 200 times faster than what Bluetooth offers. However, the best thing about Xender is that it allows users to share all types of files without requiring an USB or direct Wi-Fi connection.

The reason why Xender is making headlines today is because it recently received a major update. The update brings Xender’s version number up to 1.4.0.0 and its focused towards improving the app’s overall user experience and stability.

Considering that the app is packed with tons of features and that its capable of transferring files at 40/Mbs, the developers can put their focus towards other things such as bug fixes and solving issues. This is exactly what’s happening with this new update since it solves some of Xender’s most annoying bugs.

The first bug fix takes care of a known and widespread issue which caused problems when users tried to share files between Android and iOS. Fortunately, that bug has been removed and Xender users can transfer files between operating systems again.

Another important bug fix removes an issue which didn’t allow Xender users to send multiple files at the same time. This bug fix goes hand in hand with the storage size issue which was recently fixed. With that being said, Xender users should be happy to know that the app will not restrain them from sending multiple files at the same time ever again.

Even though this new update is mainly focused on providing users with bug fixes, Xender’s developers also included two new features. The first feature adds a “invite friend” option to the user interface and the second one introduces a bunch of additional information to the transfer history.