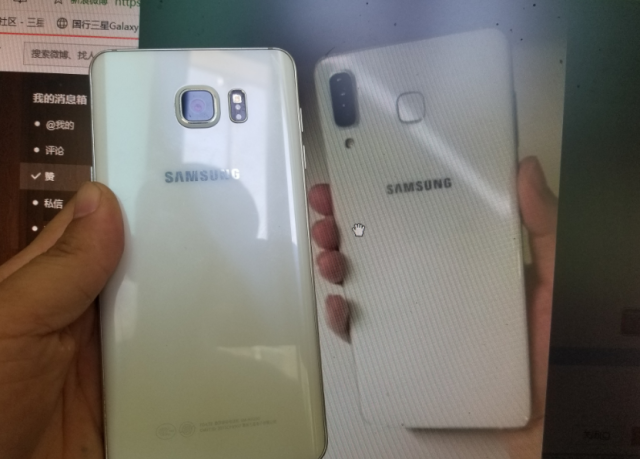 One of the things that make Samsung unique when compared to the likes of Apple and Google is the fact that Samsung doesn’t put all its eggs in one basket. What we mean by this is that instead of focusing on a lineup of smartphones as Apple does with iPhones, Samsung loves to release multiple devices that appeal to different budget ranges.

With that said, it should come as no surprise that a new Samsung smartphone has been leaked. The smartphone was initially spotted on TENAA in China when it passed the certification test under the “SM-G885” codename, but now a new leak is showing us that the smartphone is called Galaxy A9 Star and that it’s ready to be launched.

Usually, when a smartphone gets certified by TENAA it means that it’s ready to be launched on the global market. However, it seems like Samsung doesn’t want to hurry and release Galaxy A9 Star because it’s been more than one month since the smartphone was certified. However, a new leak came out on Weibo (the Chinese version of Reddit), and it unveiled what Galaxy A9 Star will look like.

The leaked press render shows us Galaxy A9 Star in a white color, and we have to admit that the smartphone looks similar to Apple’s iPhone X, at least on the backside.

Nonetheless, since the official press render was leaked then we think it’s safe to assume that Samsung is preparing a “surprise” launch event for Galaxy A9 Star in the upcoming weeks.

Moving on from the leaked press render, Galaxy A9 Star is expected to ship with a 6.3-inch screen that uses FHD+ Super AMOLED Infinity display technology which puts out a pixel resolution of 1080 x 2220. Furthermore, the smartphone will feature an octa-core Snapdragon 450 CPU under its hood that’s paired with 4GB of RAM.