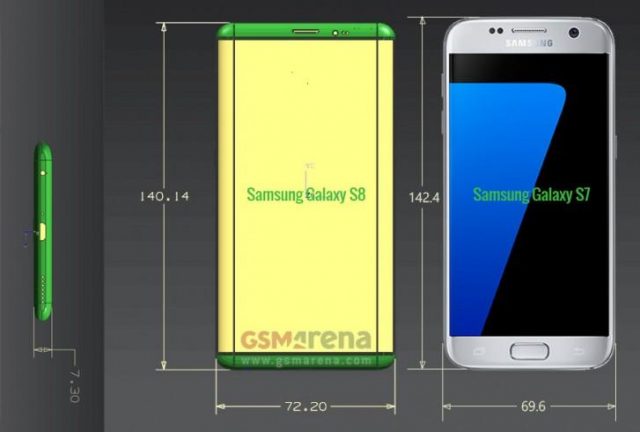 Traditionally, Samsung launches its upcoming flagship device during the Mobile World Congress event which takes place in late February but it looks like we don’t have to wait that long until we can get our hands on information regarding the upcoming Galaxy S8. Luckily for us, a recent leaked report contains a bunch of pictures of a Galaxy S8 prototype. Upon closer inspection we are able to determine the device’s measurements and get an idea of what to expect.

According to the leaked reports, Samsung will launch its upcoming flagship in two different sized variants which is the way Samsung usually does, think Galaxy S7 and S7 Edge Plus. While inspecting the leaked pictures we can see that the upcoming Galaxy S8 Plus is longer and wider than its predecessor Galaxy S7 Edge measuring at 152.38 x 78.51 x 7.94mm. Regarding its display size, it’s probably going to be around 6.3 inches and it’s also going to feature curved edges. 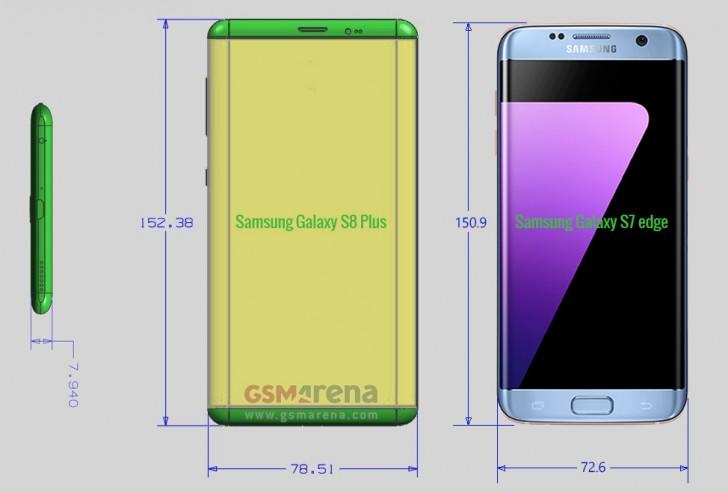 What’s really interesting about these leaked pictures is that they show that both devices come with small top and bottom bezels while both sides seem to have almost no bezel. The pictures also go hand in hand with a reoccurring rumor that Samsung’s upcoming flagships might not feature a physical home button. Instead the company will choose to install a fingerprint sensor beneath the display.

In terms of cameras, it’s a known fact by now that Samsung wants to improve the front camera in order to appeal to younger customers. Right now, rumor has it that Galaxy S8 will ship with a 8MP front camera which will feature integrated autofocus. Now onto the rear side, Galaxy S8 is expected to ship with a dual-camera setup but we’re going to see during the upcoming months.