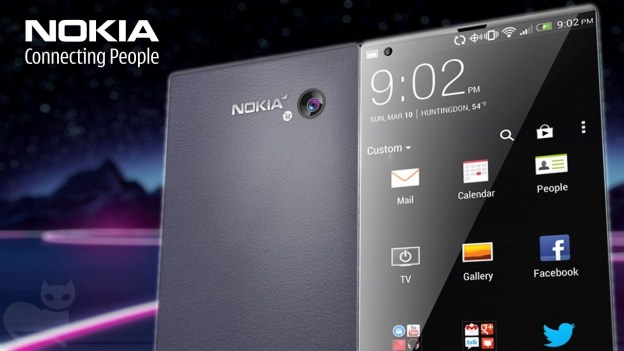 Samsung has recently unveiled its Galaxy S8 smartphone flagship and its Infinity edge-to-edge display has left people in awe. The South Korean tech giant has definitely started a trend in the smartphone industry since all upcoming smartphone flagships from other companies will feature a similar looking display.

However, many might not know that Nokia has been ahead of the curve for a while now. Even though the Finnish manufacturer recently made its comeback in the smartphone industry, recent leaked pictures have been showing that Nokia has created an edge-to-edge display a long while ago.

The smartphone which features a similar display to Samsung’s Infinity panel is known by the codename of “id326-3”. What’s interesting is that the leaked pictures show that Nokia’s smartphone featured an almost 100 percent screen to body ratio display. It’s rather surprising that Nokia decided to keep the smartphone under wraps and to not unveil it.

Nokia was acquired by Microsoft a few years back, and the two created the Lumia smartphone lineup. Microsoft and Nokia’s Lumia smartphones were supposedly going to be the best mobile devices ever made, but as everybody knows by now they were a flop. Microsoft installed its Windows Mobile operating system that was filled with bugs and glitches which caused customers to steer away from Lumia devices.

According to Droidhere Nokia smartphone which features an edge-to-edge display is powered by Qualcomm’s Snapdragon 200 CPU. The processor is kind of weak in comparison with other smartphones and this leads us to believe that “id326-3” was intended to be an affordable smartphone. Additionally, almost all of Nokia and Microsoft’s smartphones have been mid-budget ranged such as Lumia 535 and Lumia 435 for example.

As previously mentioned, the Finnish manufacturer has decided to make a comeback in the smartphone industry. However, this time Microsoft was left behind. What’s surprising is that Nokia has already launched a high-end smartphone and it doesn’t feature an edge-to-edge display. Now that we know Nokia has the necessary technology to do that, we can be sure to expect that upcoming Nokia smartphones will feature with the innovative edge-to-edge display.