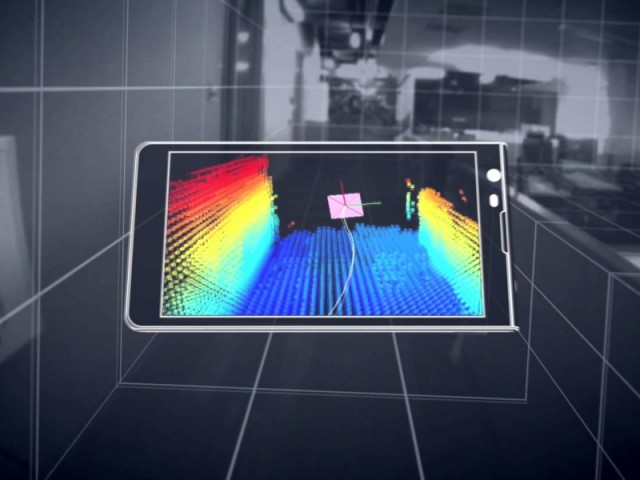 Project Tango is still a concept device from Google that has not proven capabilities in the wild. But Lenovo wants to be the first company to bring such a smartphone to the market, announcing it at CES and it plans to launch it this summer. Besides the advanced cameras and sensors, the device will keep, in a certain measure, normal dimensions, with a display up to 6″ and providing high performance.

It seems that Project Tango will be useful not only for developers or professionals, as initially assumed. For the average consumer, the use of such a smartphone could facilitate navigation through large buildings, such as a mall or an office building, even without the use of GPS. This is possible thanks to sensors with high accuracy and distance perception, tracking movements and high resolution cameras.

Because these scenarios are difficult to demonstrate on stage, Lenovo has chosen to present its Project Tango prototype smartphone with the help of two applications using augmented reality. One was a game of Jenga that took place on the device’s screen, but instead of tiles, it used surrounding objects to interact and the second presented a virtual cat that could interact with the environment.

The device from Lenovo has not received an official list of technical specifications, but was confirmed using a Snapdragon chipset from Qualcomm (probably 820). It seems that the price of this smartphone will not exceed $500. Google encourages developers interested to develop applications for this kind of devices to come up with ideas that will be analyzed and financed, if the ideas sound promising.