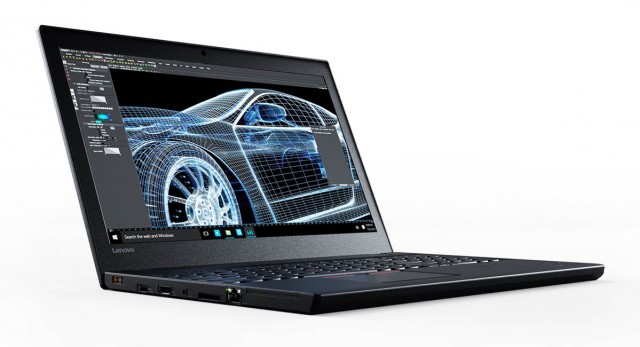 Versatile hybrid enthusiasts with big computing power can now turn to the new ThinkPad P40 Yoga, a system that could leave you open-mouthed.

Lenovo’s hybrid systems from the Yoga family have shown on many occasions that they have the ability to attract surprisingly large crowds. Unfortunately, among those interested in such flexibility were not video content creators because of restrictions imposed by the integrated Intel graphics card.

To keep all the benefits of the hybrid Yoga family and introduce hardware specifications that will please the most demanding users, Lenovo announced the new ThinkPad Yoga P40. It reminds us of the classic Thinkpad computers, but takes the concept to a whole new level, through the possibility of using it as a tablet or as a laptop.

The video card used this time is a NVIDIA Quadro M500M perfect for 3D design and other tasks that require a good GPU. If Photoshop is your preferred application, you will appreciate the presence of a high-performance stylus that is able to distinguish between 2048 pressure levels. Basically, the smart pen is promoted as offering a very similar experience to that of a classical pencil on paper.

Hiding inside in addition to the Quadro graphics card, is a sixth generation Intel Core i7, a 512GB SSD and up to 16GB of RAM. The 14-inch display can be configured with a maximum resolution of 2560 x 1440, and depending on your budget, you can get a LTE modem for data on the go.

The new ThinkPad P40 Yoga is not the lightest in the world at 1.73 kg, but a bigger problem than its weight is its availability. Only at the end of the first quarter of 2016 you will be able to get it for a price around 1400 dollars.