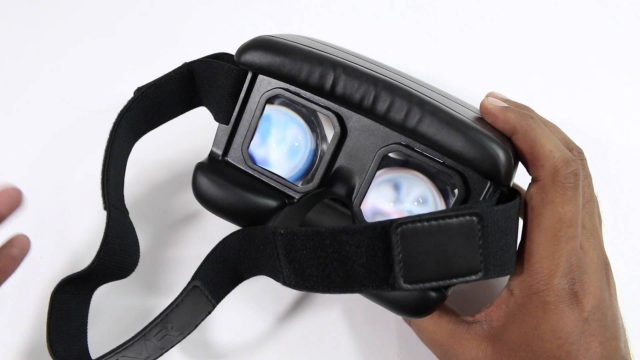 As everybody knows by now, VR technology is the latest trend in the tech world and all major tech companies are launching their own products. The VR market is filled with fierce competition from the likes of HTC, Oculus Rift and Google but new reports are showing that another competitor will take the world by storm with the first affordable VR headset.

During CES 2017, Lenovo unveiled its own VR headset which hasn’t been named yet and that’s still in the prototype phase but we know that its going to be priced under $500. While the headset might not be fully functional yet, its design showed us what we can expect. It looks like Lenovo managed to design a headset that is significantly lighter than Oculus or HTC’s devices which makes it more comfortable. In fact, one major flaw VR headsets have right now is that they are not glass-friendly but while studying the design of Lenovo’s upcoming gadget we can see that this won’t be a problem.

The gadget ships with Lenovo’s own depth-sensing cameras that are placed on the front side which is similar to Microsoft’s HoloLens device. Basically, the prototype headset doesn’t actually show virtual reality graphics but it scans the items surrounding the user and puts them in the VR world. The Chinese manufacturer stated that it didn’t design the device for gaming purposes, but rather for 360 degree media content. Also, apps which have been made for HTC Vive or Oculus Rift are not compatible with Lenovo’s headset. The reason behind that is that it uses different tracking and control technology. Nonetheless, we have to wait for Lenovo to finish the project and showcase the headset during the upcoming months and let us know what kind of features it will bring.