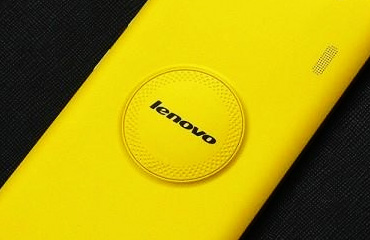 After the huge success of the Lenovo K3 Note, Lenovo now has the internet all excited with some teasers on the next edition of the device, which is the Lenovo K4 Note. The success of K3 Note was because of top level technology being offered at the cheapest prices. The K3 Note came out with 5.5 inched full HD display on screen, the phablet runs on MediaTek’s MT6752 SoC clocked at 1.7GHz octa-core processor. K3 Note contains 2 GB of RAM. The phablet comes with 16 GB for inbuilt memory which is expandable up to 32 GB through microSD card slot.

In the camera division, K3 Note had 13 MP rear camera and 5 MP for front camera. It has a removable 2900 mAh battery with dual SIM and also supports 4G LTE, 3G, Wi – Fi and other connectivity features.

The China based company has been busy on the internet teasing the world by releasing single features at a time.

Up until now Lenovo has released that the brand new Lenovo K4 Note will be featuring NFC, 3 GB of RAM, a finger print sensor and an all metal body. The K3 Note had a plastic body and did not have any of these features. By the looks of it, the Lenovo K4 Note will be significantly better in everything than the previous edition K3 Note. It is expected to be priced in at a higher rate than the K3 Note, and is expected to do much better in the markets. As per reports, the company has sold over a million units of the K3 note in India in just six months of its launch. The company now aims at better figures over their global presence for the Lenovo K4 Note. These are the only confirmed features officially teased by the Chinese Electronics Giant.

For quick information, the NFC (near field communication) technology works similar to how Bluetooth works. it allows the users to transfer data or connect two devices. But unlike Bluetooth, NFC doesn’t require pairing and it can also be used as a smart card which allows the users to make transactions as payments or ticketing with a much greater ease.

It is said that the Lenovo K4 Note will be releasing in the first week of January.

So what do you think about the latest version of Lenovo K4 Note? Will it be as successful as its predecessor or not? Comment below and let us know.