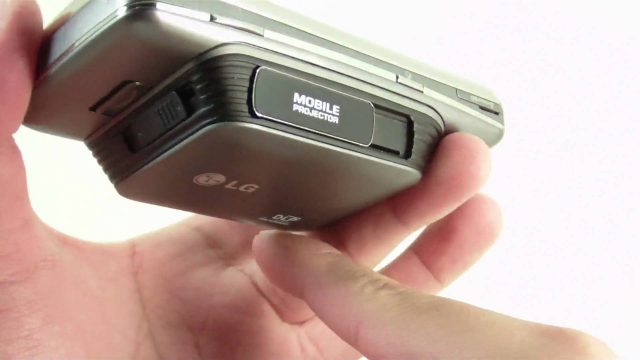 Ocasionally, gadgets appear on the market that incorportate technology before their time, and this seems to be the case when we are atalking about LG eXpo.

Technology which shows up before its time

A year ago, we were reading lots of news on and about Augmented and Virtual Reality; those devices, lots of headphones, boxes and other crazy stuff seemed brought to market way earlier than expected. One might still think the time has not come yet for AR and VR, but they might be wrong.

Certainly, there will always be technologies which appear on the market before their time. Amid some companies’ internal ambitions, we as users get to see revolutionary products and devices, and the competition resumes to “They can do it, why can’t we?”

In the end, though, the product does not get the expected reception because it is not actually as useful as it might seem. This was the case with LG eXpo, a smartphone that had an embedded projector, which nobody cared about.

LG eXpo – one such device

Back in 2009, LG released the eXpo smartphone, with the Windows Phone operating system installed. You might not remember it, because it did not manage to be very popular, especially since the operating system it had was not the brightest, either.

The phone had a QWERTY keyboard, in landscape more, with a 3.2″ display, an 800×480 resolution, a 5MP camera and a Snapdragon S1 processor. This smartphone was pretty powerful for those times, especially since it sported a fingerprint sensor, too.

A Smartphone with a projector

The most interesting function on it, though, was the pico projector, which could be attached to the back of the phone. Overall, this smartphone had a lot of functions we might appreciate today, but all it managed then is to fail. Windows Phone or the smartphone itself could be to blame, but what is certain is that LG eXpo managed to get on the market a few years before it was worth taking into consideration.

What are your thoughts? Would you use a smartphone with a projector if one came out in 2018 or 2019? Tell us in the comment section below! And as always, stay tuned to News4C!