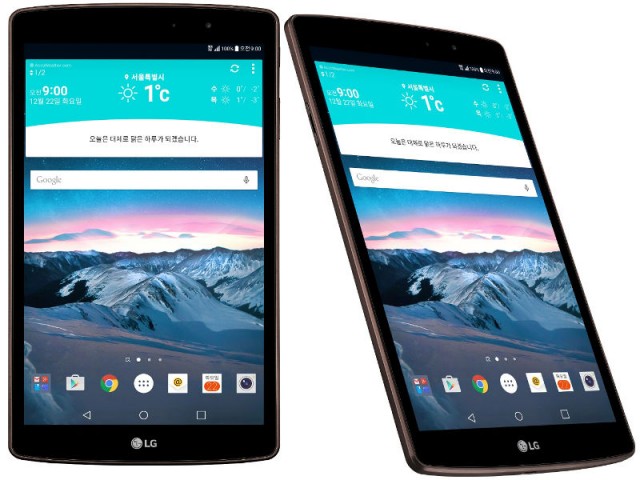 The LG G Pad II 8.3 LTE has released as the next gen successor to the LG G Pad 8.3 LTE, which has been around since a while now. The company has announced the launch of this tablet in Korea and a global launch is anticipated shortly. The tablet releases with a large, 8.3 inched HD display and will run on Qualcomm’s Snapdragon 615 Octa-cored processor. The tablet also features 2GB of RAM. With the 4G LTE markets growing, the company has kept that as a focal point this time too, and like the previous model, the successor too features 4G LTE connectivity. space, and users can also expand it using MicroSD cards. The device comes with an impressive 8MP primary camera and a 2MP front camera. Connectivity wise it features a USB 2.0 port, and Android 5.1.1 and there is no news on when, or if, the tablet would be getting the Marshmallow update.  The company is yet to reveal the price of the device, and when would it release in the international markets. However, an international launch is soon expected.

The company released an LG G Pad II 10.1 running on the Snapdragon 800 SoC earlier this year in August. The company is slowly adding more and more features to the G Pad series of tablets and looks to build more on it in the days to follow. The future indeed lies in these markets featuring the tablets, and LG is quick to anticipate the direction in which the trend flows. The company has indeed a long way to go before they conquer the hardware markets, but this is certainly a positive step forward for them.