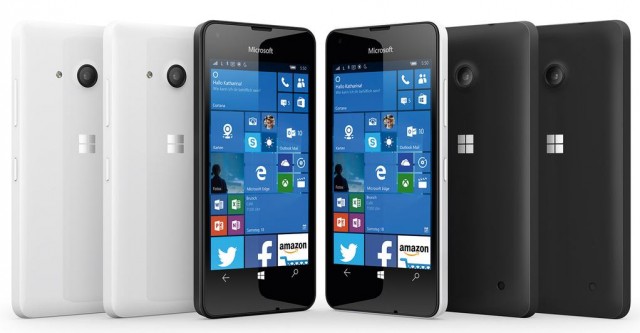 During this year, Microsoft made several announcements related to Windows 10 smartphones, but is only now that they have officially launched the cheapest phone.

Besides top devices, Lumia 950 and Lumia 950 XL, the people at Microsoft are aware of earnings that that can be made from the more affordable smartphones. For this reason, the Redmond giant has invested a significant amount of money into bringing on the market the Lumia 550, the cheapest phone with 4G LTE which, incidentally, runs from the start on the latest operating system for mobile phones from the American company.

Having Windows 10 installed from the start, the cheapest Lumia phone looks surprisingly well and gives you access to all services and application that you are used to if you have been using Windows Phone for some time. The list includes services like Cortana, Skype and OneDrive and some more productivity applications like Outlook, Word, Excel and PowerPoint. The Glance Screen function, which allows you to have quick access to notifications, appointments, date and time without unlocking the device, is also available.

At the hardware level, the new device is built around a 4.7-inch display with a 720p HD screen. The housing hides a Qualcomm Snapdragon 210 processor with 1GB RAM, 8GB internal memory and a microSD slot for extra storage capacity. It has a 5 megapixel main camera and 2100 mAh replaceable battery.

The purchase price for a new Microsoft Lumia 550 is $ 140. At this price, Lumia 550 won the title of the cheapest Windows 10 phone built by the American company and the cheapest phone available anywhere in the world that runs on Windows 10. Therefore, if you are curious regarding the changes introduced in the new mobile OS developed by the Satya Nadella’s company, this might be the most affordable way to try it.