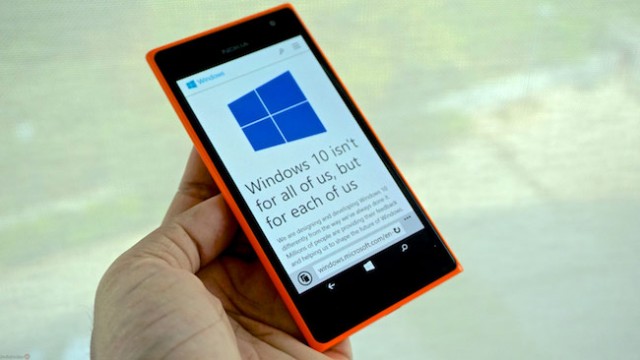 Microsoft Lumia 650 has appeared in the first series of images, provided together with an unofficial list of specifications.

Dressed in aluminum housing and with a better finish than the Lumia 640 announced in March 2015, the new Lumia 650 seems at first a welcomed upgrade brought the former device in this category. The list of specifications is the one who looks disappointing, failing to impress in almost all chapters.

Thus, instead of Snapdragon 400 chipset with 1.2 GHz quad-core CPU, we see for the first time the 1.1GHz Snapdragon 210 CPU, with only 1GB of RAM, all of those hiding behind a 5” HD screen.

Probably the casing of the Lumia 650 will be thinner and lighter, and is said that it would have a battery capacity of 2000mAh, significantly weaker than the 2500mAh battery used by its predecessor, the Lumia 640, or the 2100 mAh chosen for the entry-level model Lumia 550.

Given better optimization of Microsoft Windows, all these details should not affect too much the ordinary experience felt by users, but those who have already bought the Lumia 640 model will probably have little reason to upgrade.

Although currently there are no indications to this effect, we can expect Microsoft to present the new Luimia 650 phone about a year after its predecessor, at the Mobile World Congress 2016 that will take place from 22 to 25 February in Barcelona.