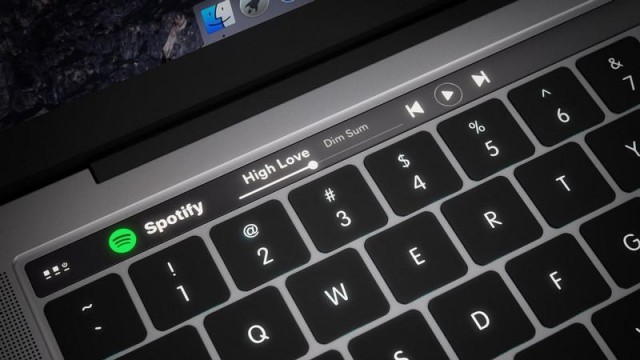 Although many tech bloggers and new technology aficionados are waiting for the upcoming MacBook pro 2016, there is still no official word from Apple about it. So all we’re left with are the rumors and the latest ones about it state that the upcoming MacBook Pro 2016 will feature specs and functions that will put the Microsoft Surface Pro and the Acer Swift 7 to shame.

It seems that the less information there is out there about the device, the more impressive the rumored specs seem to be. Right now, it is believed that if and when the MacBook Pro 2016 comes out, it will boast the best and newest specs on the market.

According to GameGuide, the upcoming device will feature an OLED touch bar that will replace the physical function keys. On the same note, it is also believed that the OLED display will have many other different functions apart from this replacement.

It is also speculated by the same publication that the device will feature USB ports, fingerprint sensors and the latest operating system from Apple, the mac OS 10.12.1.

However, as mentioned previously, these are all just rumors. Of course, it’s natural to think that the next generation of a device should come with better specs and improvements, otherwise it wouldn’t be considered a new version. So, when it comes out, some of the rumored processors and materials may be there, while others won’t.

At the same time there’s a possibility that the upcoming device will not be released in 2016 as there is no word so far from Apple about it. Those of you who are long time buyers of Apple devices and are waiting for the device should stay in tune with the latest news from Apple and see if they do say something about the MacBook Pro 2016.