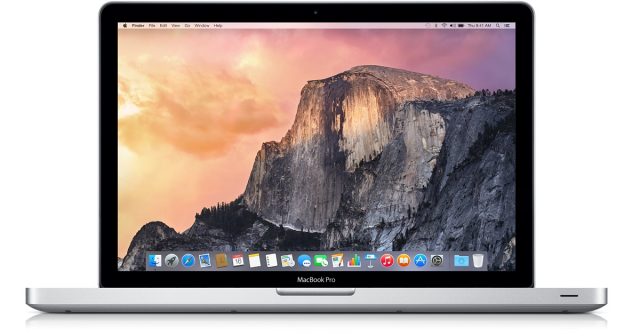 It’s shouldn’t be a surprise to anyone that tech manufacturers are more inclined to create smartphones rather than tablets or laptops. The main reason behind this is that the smartphone demand has been steadily increasing while the others have been declining. This is the case with Apple’s products as well, while Apple fans have been enjoying a new lineup of iPhone’s every year there aren’t that many new MacBooks or tablets. Well, we have good news for Apple fans, recent reports have been showing that Apple is working on launching a 15 inch MacBook Pro during 2017 and it will ship with the whopping amount of 32GB of RAM.

This information comes from Ming-Chi Kuo which is a KGI analyst that has a solid track record in regards to predicting upcoming Apple products. Also, if this proves to be true it will be the first time a MacBook Pro that supports 32GB of RAM is launched. In fact, right now Apple’s high-end devices only support 16GB of RAM. Nonetheless, the KGI analyst stated that Apple wants to improve the hardware performance MacBook Pros are able to output and the RAM memory is where we will be able to see the biggest changes.

In terms of hardware performance enhancements, Intel recently unveiled its latest Kaby Lake processor during early January and Kuo believes that these processors will be added to the 32GB of RAM MacBook Pro model. Installing Intel’s latest processor will definitely transform Apple’s MacBook Pro into a powerhouse.

If Apple does decide to equip the MacBook Pro with a Kaby Lake processor, it will be the first computer to be powered by this processor. Additionally, the KGI analyst also reported that the upcoming 12 inch MacBook will be available in both 16GB and 32GB of RAM variants. While the Kaby Lake processor will be installed on both variants.

Worth noting is that Kuo’s report is still a rumor and everything should be taken with a grain salt because it might prove to be false. Right now, all that Apple fans can do is to wait for Apple to finally decide to unveil its plans during the upcoming months.