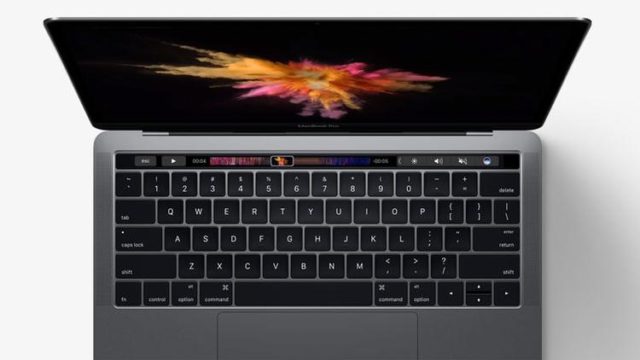 The MacBook Pro 2017 is Apple’s next MacBook update, and you can check the latest news and rumors below. The new announcements were made during Apple’s important developer conference and as we said a MacBook Pro refresh was also included among other news.

The main change brought by the update is the addition of the Kaby Lake processors. They are Intel’s 7th gen chipset, and this means that the entire line of MacBook Pro products has received a substantial boost in processing power. The new processor models are highly efficient.

There is also a brand new 13-inch MacBook Pro configuration which will arrive without the Touch Bar, but it will start at a more affordable price, $1,299.

A cheaper version of the MacBok Pro

A cheaper MacBook Pro is something that the vast majority of users have been expecting. The only apparent change that has been made to make it possible for the device to become cheaper is the fact that the base storage is now half of what it was, meaning 128GB.

All new devices will feature 16GB of memory, and the base model will get 2133MHz memory while the previous one was limited to 1866MHz.

Some older reports were saying that we would see a new in-house chip that would enhance low-power performance when the machine is sleeping. During the WWDC keynote, Apple did not mention such a feature.

The new MacBook Pro 2017 will arrive with the same specifications as the already existing models including the Touch Bars, the Retina Display and the Thunderbolt 3 support.

The new MacBook Pro devices are currently available, and the prices have changed a bit from previous reports. The 13-inch model is starting at $1,299 and the 15-inch one, at $2,399.