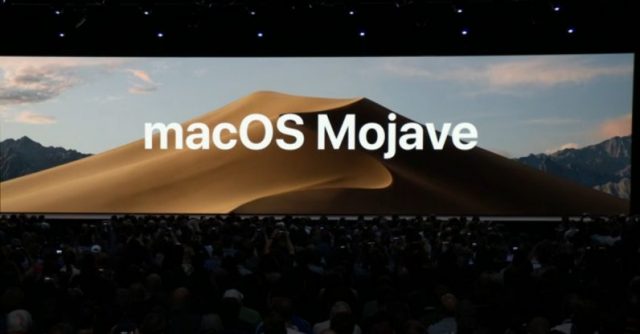 Apple announced the new version of its computer operating system, macOS 10.14. Its commercial name is macOS Mojave and the biggest novelty is the implementation of a dark theme in macOS. However, that’s not all, as the new macOS Mojave will come out with several other new features, too.

The dark theme feature is complemented by the new ‘dynamic desktop’, which will cause the wallpaper to change according to the time of day.

During the live demo it was shown what the dynamic background of Mojave would look like.

Moving on to more useful functions than visual ones, ‘Stacks’ will allow users to organize the desktop automatically, that is, all documents will be aligned in groups according to the type of file, such as PDF’s, images, or presentations.

It now has a new viewing feature that will show a large preview of the file you have selected and you can activate a column on the side to view detailed information about the files, such as metadata.

The file preview, which is activated by selecting a file and pressing the Space key, receives new functions.

For example, if you open a PDF preview you can activate the Preview tools to make annotations or edits, all without having to open the file.

Apple is taking advantage of this new version of macOS Mojave to finally give the Mac App Store a definitive facelift. Navigation is now based on tabs on the left side, making it easier to find specific apps and programs.

Security enhancements are also being implemented

Apps will now ask if you want to give them specific permissions and Safari can block social network tracking.

macOS Mojave will reach all users by the end of this year, although developers will have access to a Beta version before everyone else.