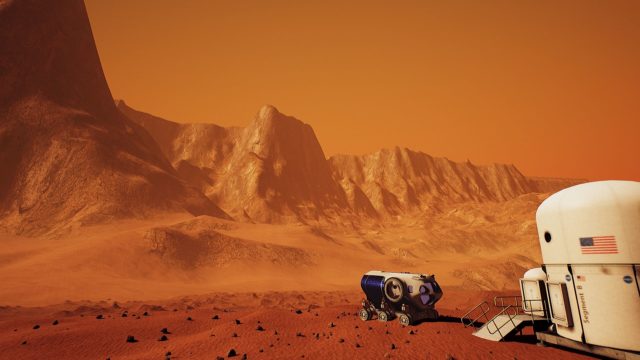 When the concept of virtual reality was first introduced to the general public, people instantly saw its potential. Just think about it: with just a few pieces of machinery, you can experience totally new worlds in such a way as to make them feel as authentic as the real thing.

One of the gateways that virtual reality opened is that of space exploration for the masses. It’s virtual space exploration, but it’s space exploration nonetheless. This is the entire premise of the Mars 2030, a VR experience that the renowned and esteemed Fusion Media Group developed in alliance with MIT’s AeroAstro Lab and NASA.

With Mars 2030 on VR, you can walk around 15 sqm of Mars, which is more than enough for just some casual exploring. You can even drive a rover, visit a habitat and pick up rocks and other things to look at them. As wonderful as this might sound, you also need to remember that it is not a game. So you don’t have to perform any tasks, there is no thrill other than seeing Mars, and you can’t even die. So, in a way, Mars 2030 is a Mars mission with all the odds and threats taken out of it, which kind of takes away from the appeal, but it also makes the entire thing suited for a general audience.

This new endeavor goes to show just how far virtual reality has come, but also how much it can still evolve. Exploring the Red Planet is just the beginning, we think. Even though others such as Elon Musk are working on making actual space travel for regular people a thing, let’s face it, seeing an actual replica of the thing through VR is much more practical and cost effective for the average citizen.