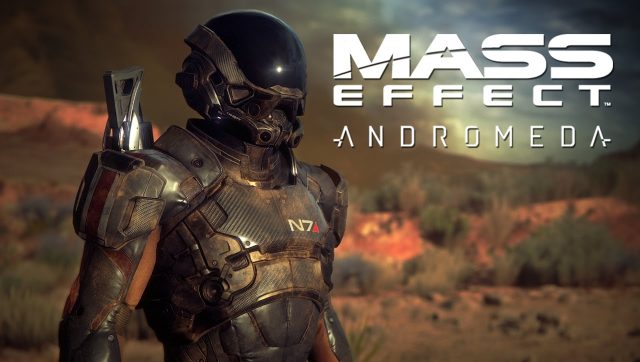 March is going to be filled with a bunch of new games releases such as Mario Kart 8 Deluxe and the highly anticipated Mass Effect Andromeda. Bioware managed to create one of the most successful game franchises and this is the fourth installment. The Mass Effect franchise managed to become so highly popular because it’s filled with amazing stories, great game characters and impressive gameplay that takes place in space, if that isn’t the recipe for success then we don’t know what is.

While Mass Effect Andromeda might be compatible with all available platforms including both Xbox One and PS4 the question that sits in everyone’s mind right now is if Bioware will developed new Andromeda editions for the more technologically advanced PlayStation 4 Pro and for the not yet released Xbox Project Scorpio. Mass Effect is renowned for having some of the most impressive graphics and this next-gen console will give developers the option to make them even more impressive.

Right now, we know that there’s going to be a PS4 Pro edition of Mass Effect Andromeda because this question was answered by Bioware’s Marc Walters himself. On the other hand, in regards to a Project Scorpio edition, the game director announce that there isn’t one in plans right now but that can change. Marc Walters stated that if Mass Effects win Game of the Year Award, Bioware will definitely make a special edition of it and that might be the Scorpio compatible one.

Even though the game is set to be launched in March, customers can pre-order the Deluxe edition right now for $99.99. This is a great because it doesn’t only contain the game, but it also brings a bunch of in-game features alongside. For example, the cool looking Deep Space Explorer Armor and Nomad Skin will be introduced and even Pyjak which is a pet monkey. Additionally, players that acquire the Deluxe edition will be able to get a head start on everyone by receiving access to the game one day earlier than everyone. It’s safe to say that Bioware will be generating huge amounts of profits as a result of Mass Effect Andromeda sales.